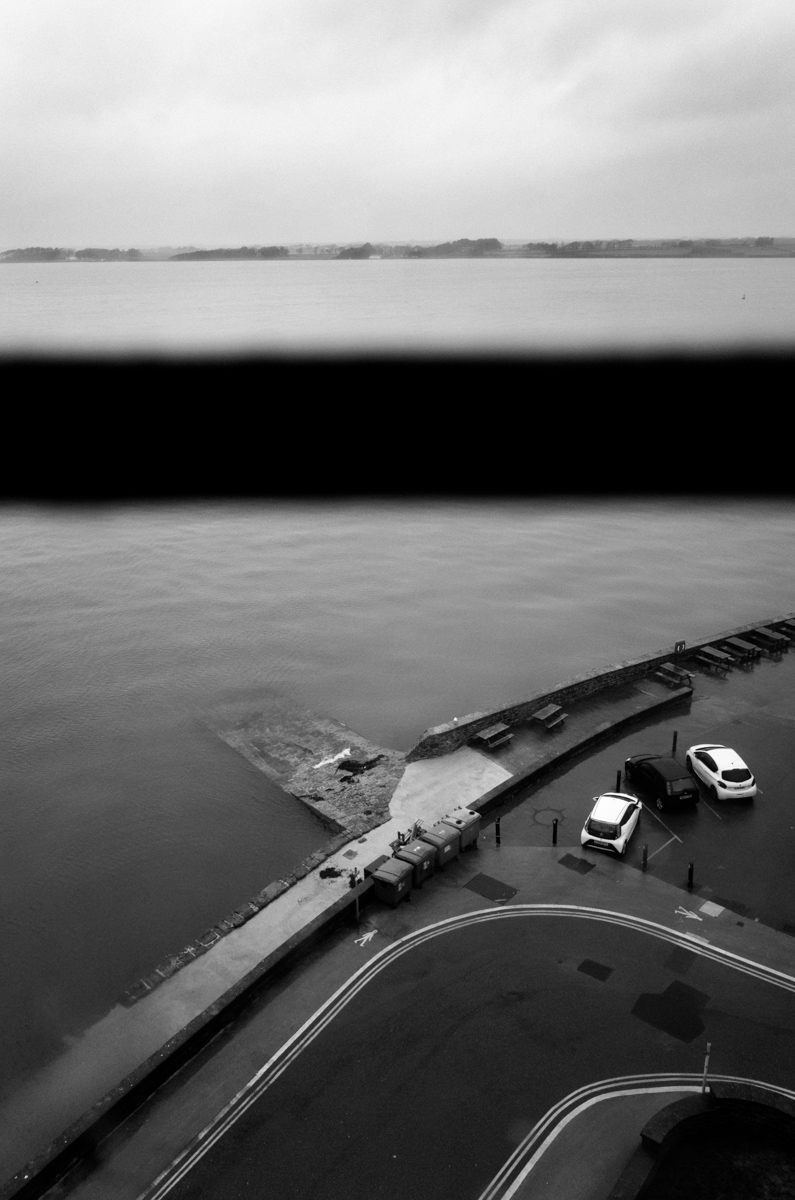 I’ve been working on a zine lately and I’ve been thinking a lot about my photos. I am trying to be more project orientated. When Faye suggested we go to Caernarfon Castle this weekend I figured it’d be a good time to get away from the computer and working on zines to actually get out and shoot a little. Now a Welsh castle isn’t really my usual photographic stomping ground, but it doesn’t hurt to mix things up and exercise the eye muscles. 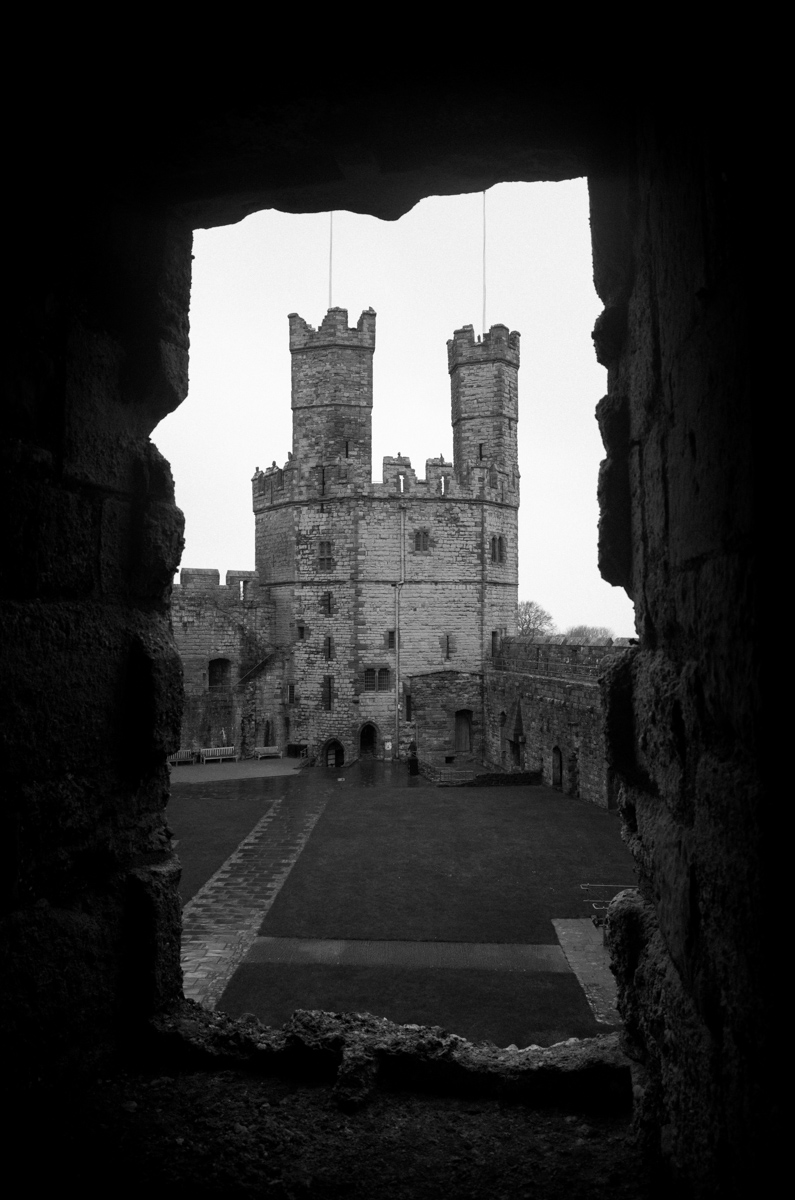 I’m not sure shooting at historical places is my usual style. But I enjoyed being out with the camera again after a winter hiatus. I am still very much a fair weather shooter.

If we’d have known what the weather forecast was gonna be like, we might have thought twice about going. Ellie, Faye’s friend who was staying for the night, warned us it was gonna be bad about half an hour before we left, but it seemed like we were committed at that point. The weather got worse the closer we got to the coast. 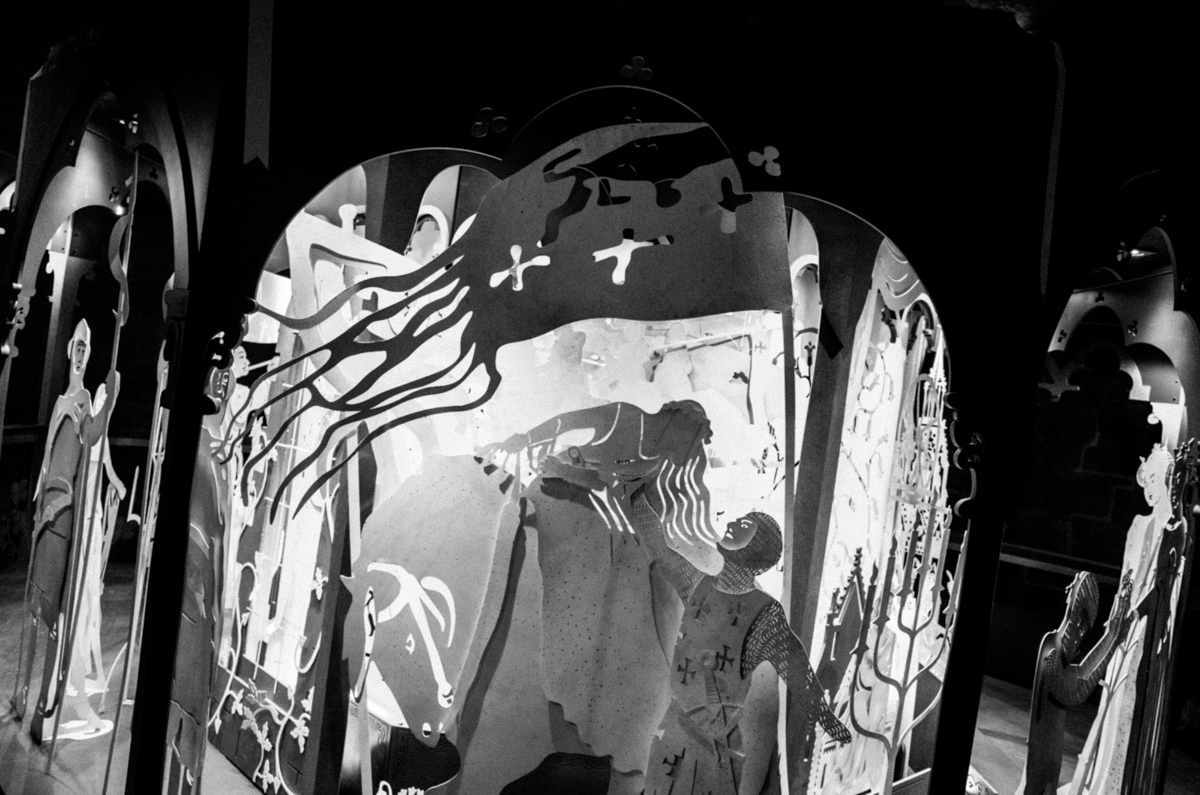 This was some cutout diorama thing. It told a tale of some lovestruck welsh monarchs. She died on the road after becoming sickly. I’ve never been that interested in the history of the aristocracy. It seems to me that it’s a history of a very wealthy and anxious minority. The real people don’t feature in this history.

I took the Yashica T4 I have been playing around with recently. I intended to finish off the roll, but I also took the Ricoh GRII. I ended up using the Ricoh mostly. I don’t shoot that much with the Ricoh these days. It was nice to take it for an outing again.

In the past I’ve always been of the ‘shoot first, ask questions later’ mindset and I’ve used a consistent camera, lens, etc. But I was thinking about photographers who shoot project-based work. I realised that embarking on a specific project gives the photographer a chance to come up with a plan of attack. And it also gives them the chance to pick the right tool for the job in terms of equipment. Aesthetic choices to support the thing they want to portray. 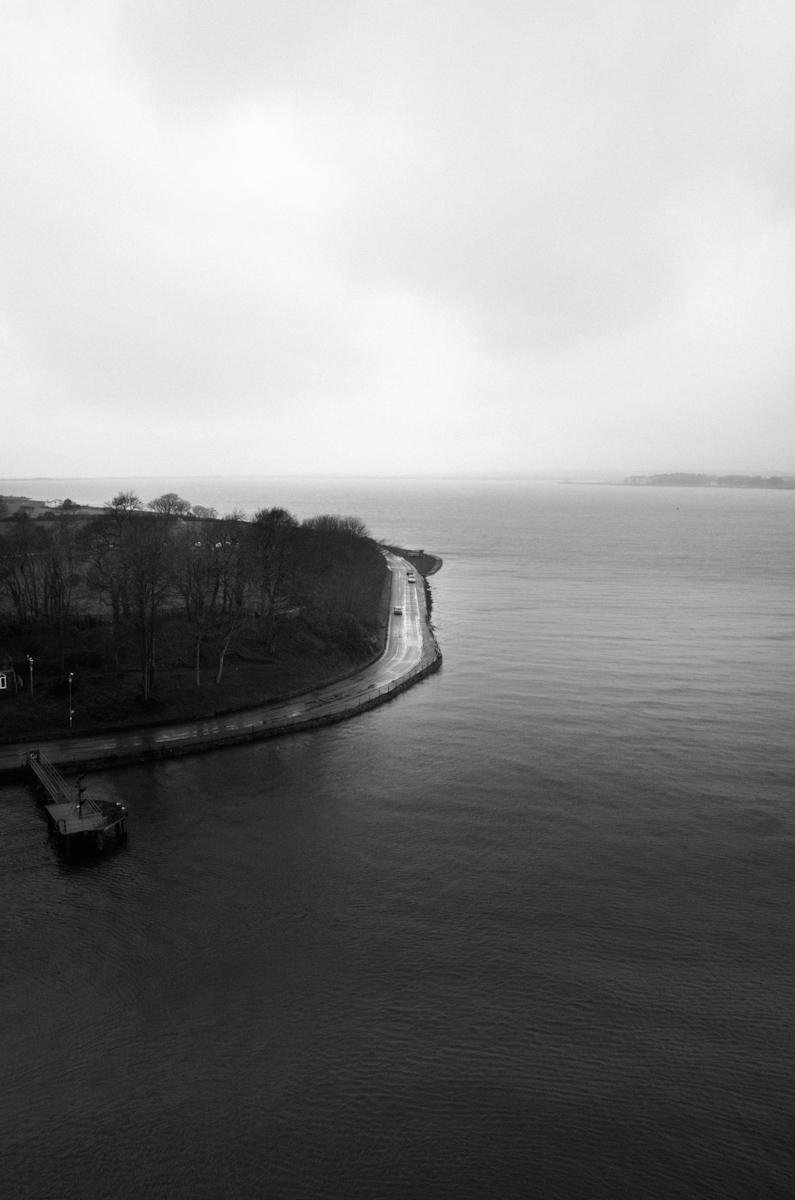 We spent most of our time huddling from tower to tower to get indoors. The rain was miserable. Fine and unrelenting. Aside from that I spent a lot of time trying not to fall to my death whilst navigating inextricably steep spiral staircases.

Like musicians, I think photographers lose their talent without conscious practice. It’s something I need to think about more often. It felt like I was rusty. The photos might not be my usual style but I do like some of them. To be honest I was just glad to be out of the house. I hate being trapped indoors on wet weekends. 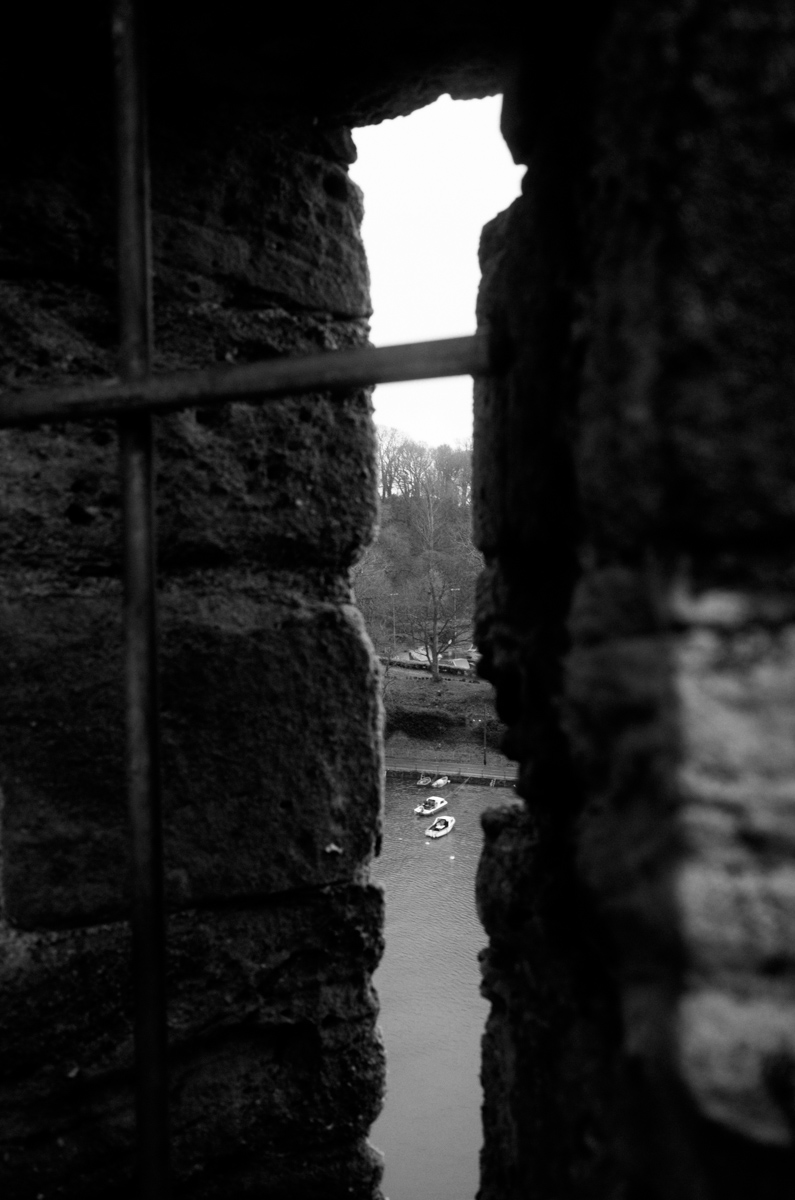 I’ve been finding myself shooting a lot more verticals lately. I find that 35mm aspect ratio (3:2) looks a bit narrow standing on end though. 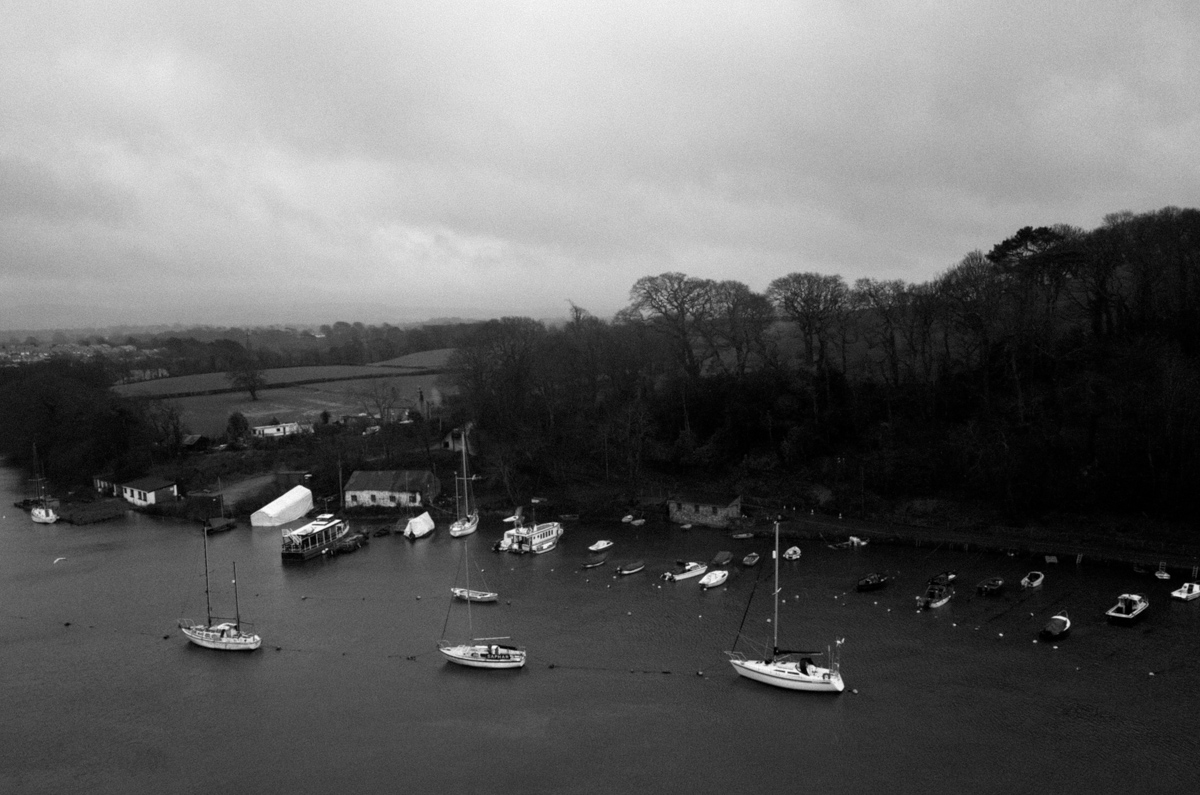 What little time I did spend outside was traversing from tower to tower alongside the elevated battlements. I grabbed some hasty shots of the moored boats. It was raining pretty hard though and I was combating rain getting on my lens. Forgot to bring a cloth. 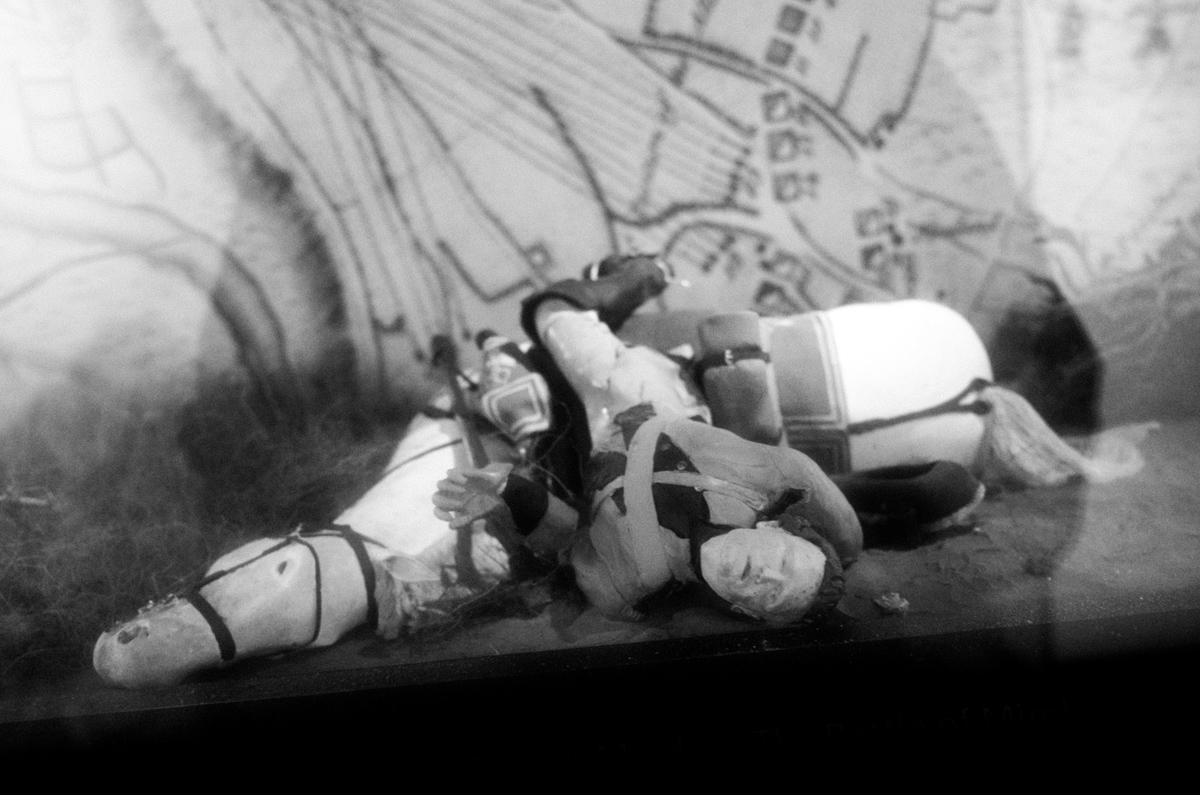 There was a museum about the history of the welsh army. There were many hard fought wars between the English and the Welsh. In an attempt to ensure loyalty in Wales, the English monarchs have been appointing their own sons as Prince of Wales for centuries – a practice that continues today.

After we were done at the castle, we walked into the town square. I imagine it’s quite pretty on a sunny day, but in this case it was fucking pissing it down. 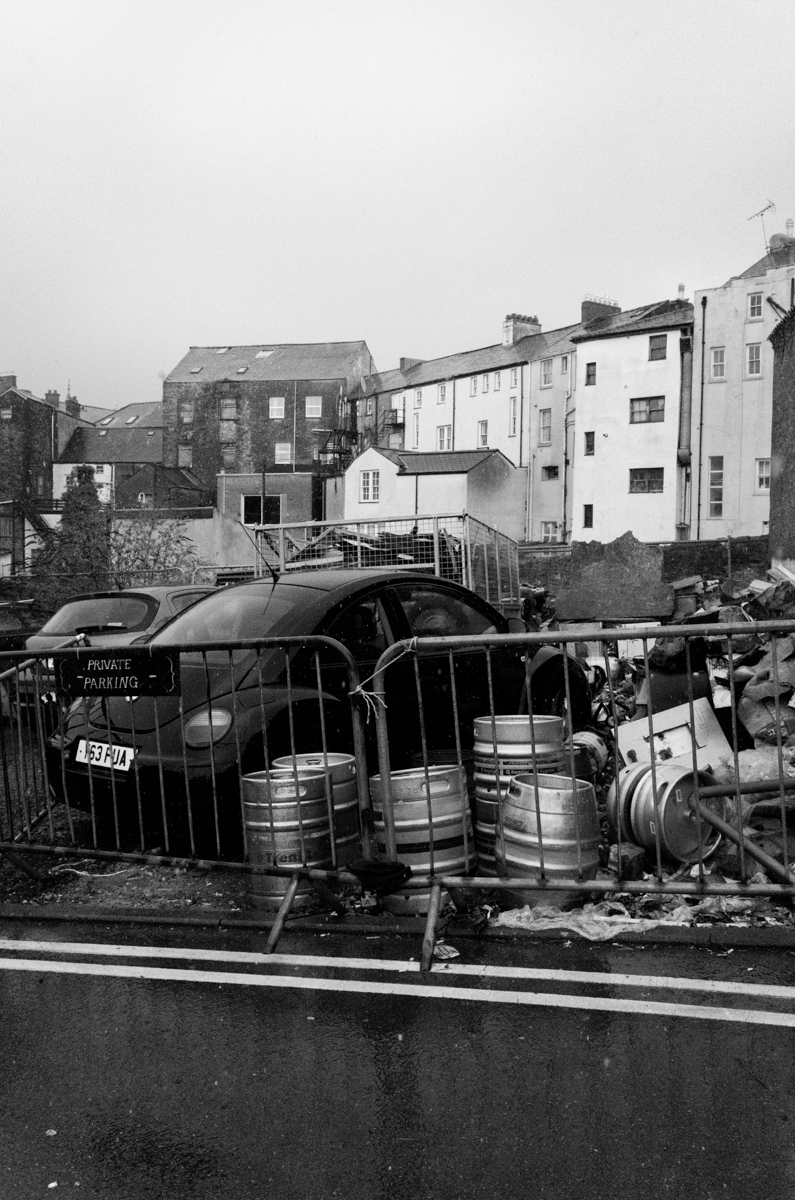 On the way back to the car the rain got heavier. I quickly jogged across the road to check out this abandoned pub car park. I liked the tall narrow houses in the background.

I took off my wet coat, got in the car, ate a doughnut. And that was the end of a good day out.