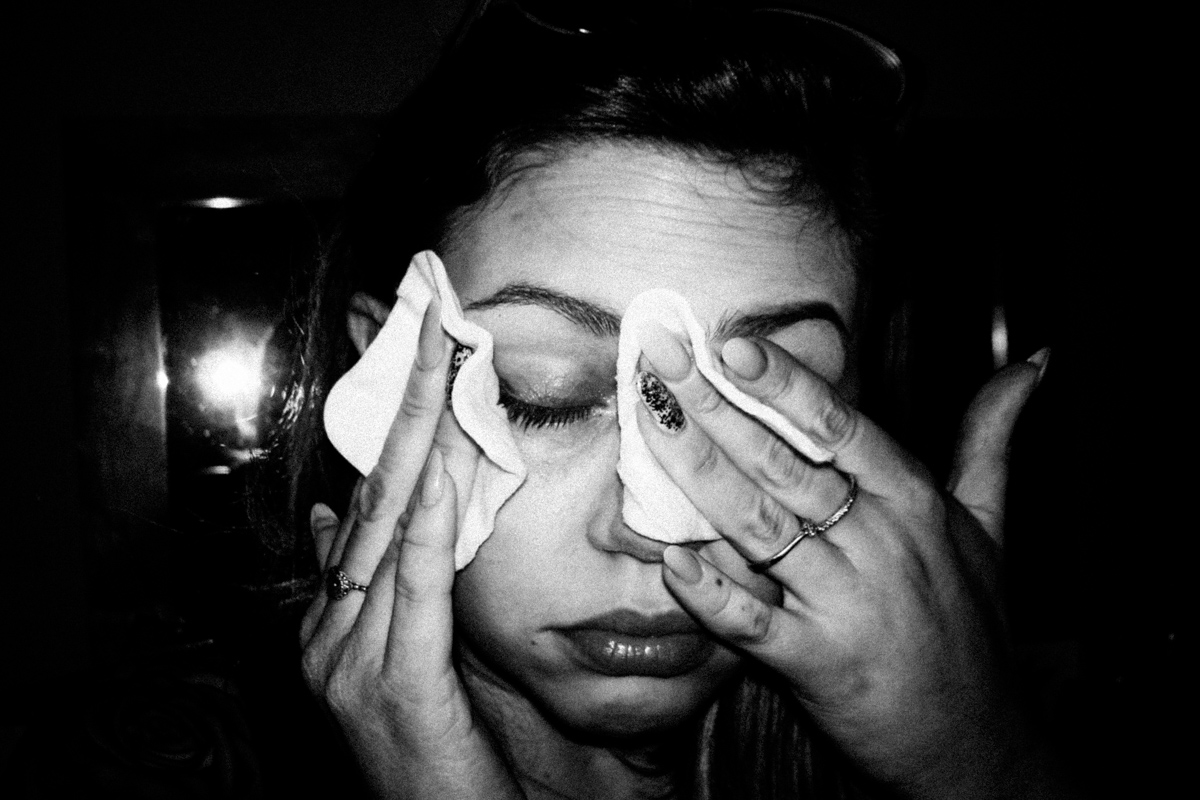 If you read any photography magazines or blogs these days you could be fooled into thinking that the secret to better photographs is to buy the latest expensive camera that’s fresh on the market. Deep down, I think we all know that this isn’t the case, but we choose to carry on lying to ourselves in the quest for that camera that’s going to inspire us to shoot more and make better photos. But could £25 buy you a camera you’d be happy to use everyday? This is my review of the Sony DSC-W100.

A couple of months ago I was editing some photos for Faye (my Fiancée) that she took on her trip across Europe a few years ago. At the time, smartphone cameras weren’t all that great so she actually took a “real” camera. These days she’d probably just use her phone. The camera she was using at the time was a Nikon Coolpix L23, a 10 megapixel point and shoot. What I found was I actually quite liked the way the photos looked. What they lacked in detail they made up for in character. 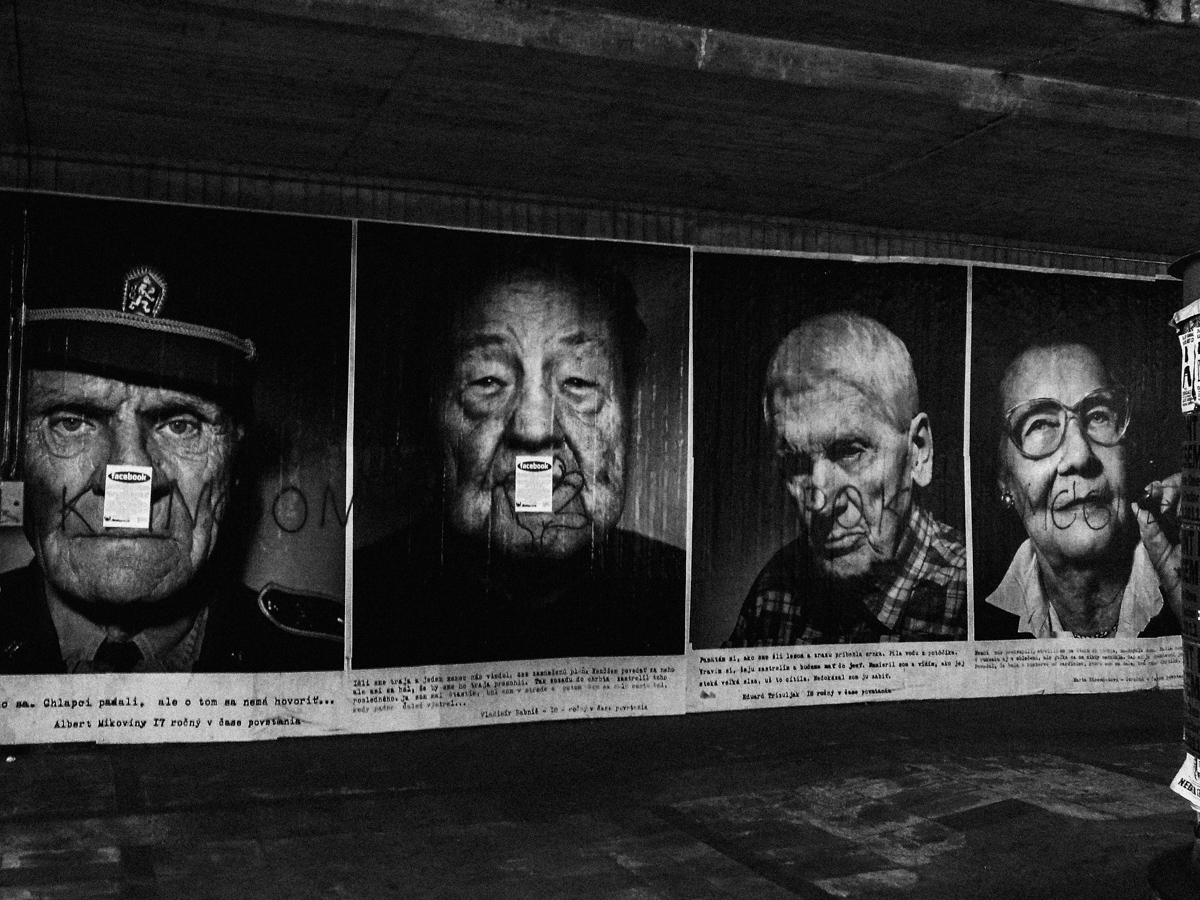 Problem was I’d sold the Nikon on eBay a few months previous after writing it off as good for nothing; but looking at these images again made me want a small sensor point and shoot. I’ve been browsing eBay for bargains ever since and this is what I bought. 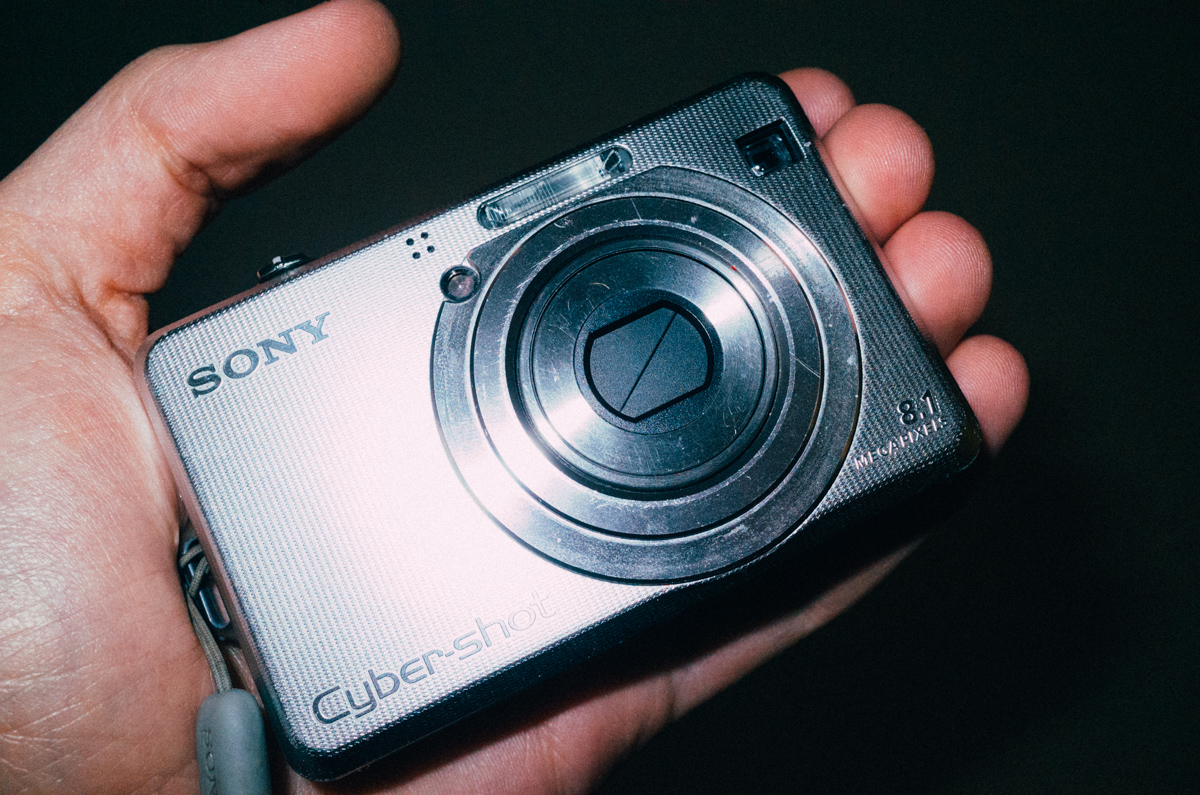 Apologies for the photo. I don’t really do product photography.

The Sony Cybershot DSC-W100 is an 8.1 megapixel camera released way back in 2006. I bought the camera from eBay for the princely sum of £25 delivered. It even had a 2GB memory card and a leather case! On opening the box I found the original receipt: £380. Yes, someone once paid £380 for an 8 megapixel point and shoot. Shows you how times have changed, it’s easy to forget how spoiled we are as photographers these days.

So why did I choose this camera over all the other cheap point and shoots available on eBay? The simple answer is because my friend Josh White had used one and I liked the photographs he’d taken with it. He seemed to like the camera, so rather than risk the unknown I figured I’d go with something tried and tested.

I like small cameras and this one is tiny. A lot smaller than my GR. It has an 8.1 megapixel CCD sensor which is apparently the same one used in the first of the notorious Ricoh GRD series. And if you’re questioning whether you could live with just 8 megapixels; let me tell you that the files it produces allow you to print 10×8” prints at 300ppi. I’d say that’s more than ample for most photographers.

I can now also say I own some Zeiss glass (haha). The lens is a 38-114mm equivalent zoom with a fairly respectable maximum aperture of f2.8 at the wide end and f5.2 at the telephoto end. I probably won’t use the zoom all that much, but it’s there if I need it. There is a bit of lens distortion, it’s not noticeable in most shots, but it shows when you have a shot with a lot of straight lines like this one below. Nothing that can’t be sorted out during post-processing though. This first shot is straight out of camera. Pretty unremarkable. And the second one is with my normal black and white preset applied on import in Lightroom and a little lens correction to straighten out those lines. 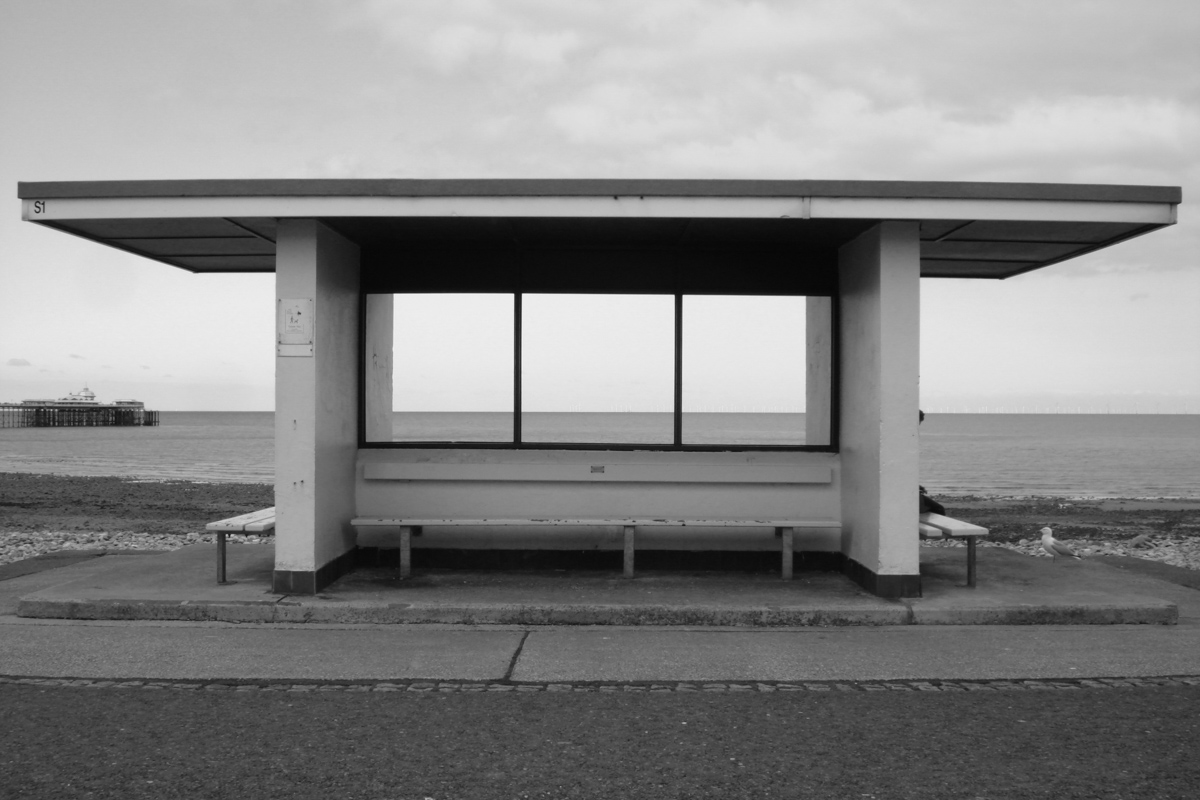 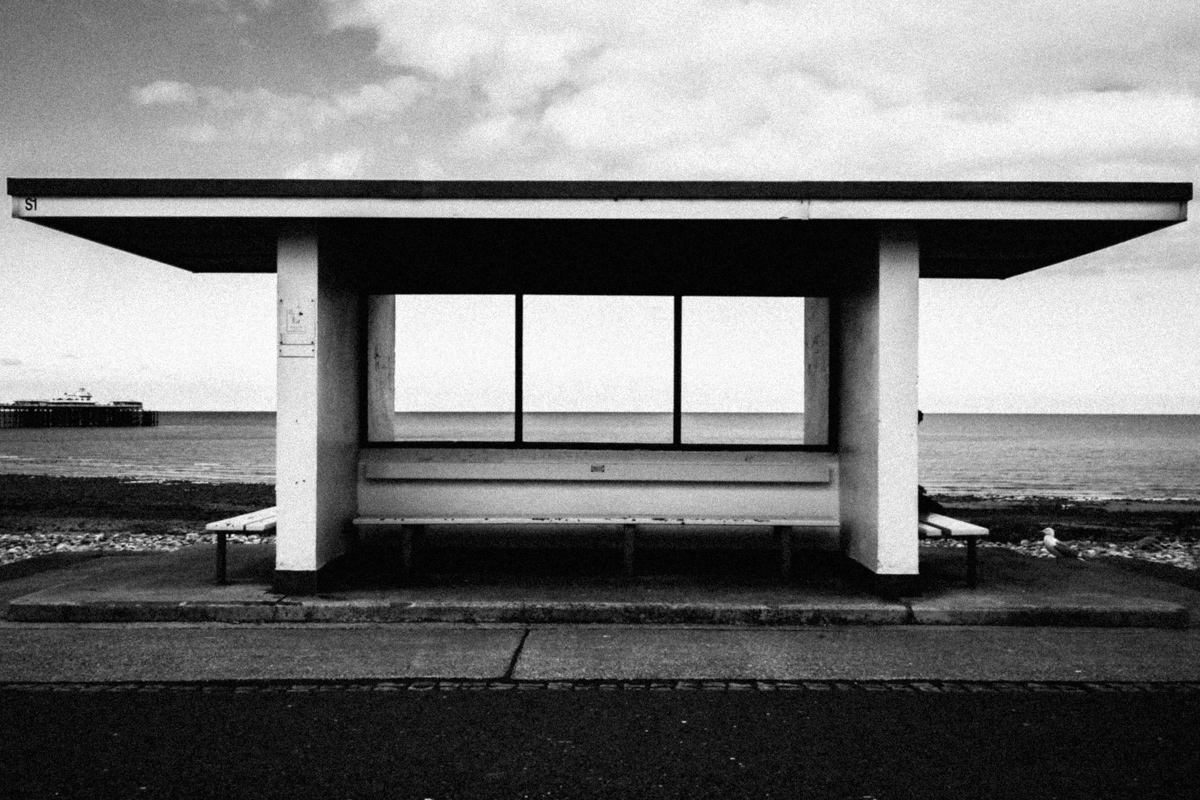 Quite a transformation, I’m sure you’ll agree.

The screen is really bad by modern standards. It is low resolution and has a very narrow viewing angle but this is something you just have to deal with if you’re buying old cameras. The camera also uses Memory Stick Pro Duo cards, which means I have to plug the camera in by cable to download my shots as my iMac’s card reader only takes SD cards. I ordered a USB card reader from ebay for £2.80 delivered. A small annoyance but one I can live with.

The optical viewfinder is an unusual feature for a camera of this size and it’s surprisingly good. It adjusts to match the focal length of the lens. It’s rather accurate too considering its tiny size. Of course parallax error becomes an issue shooting close up, but then that happens with a Leica as well and a Leica doesn’t cost £25.

The flash is pretty good. I actually prefer it to the Ricoh GR flash. First off, it’s centred above the lens whereas the Ricoh flash is off to one side. When you shoot close up, as I often do, this can lead to uneven lighting across the frame. Putting the flash in the centre of the lens eliminates this problem and creates a nice even vignette across the frame. It’s also right there on the front of the camera whilst the Ricoh has that annoying pop-up flash. I was surprised to find that there’s even some basic control of the flash power, so you can dial it back a bit if you’re shooting close up or pump it up a bit if you’re shooting something that’s further away. Having said that, it seems to work pretty well on the standard setting so I probably wont mess with this much. I don’t like to change settings, I’m a ‘set it and forget it’ kind of guy. 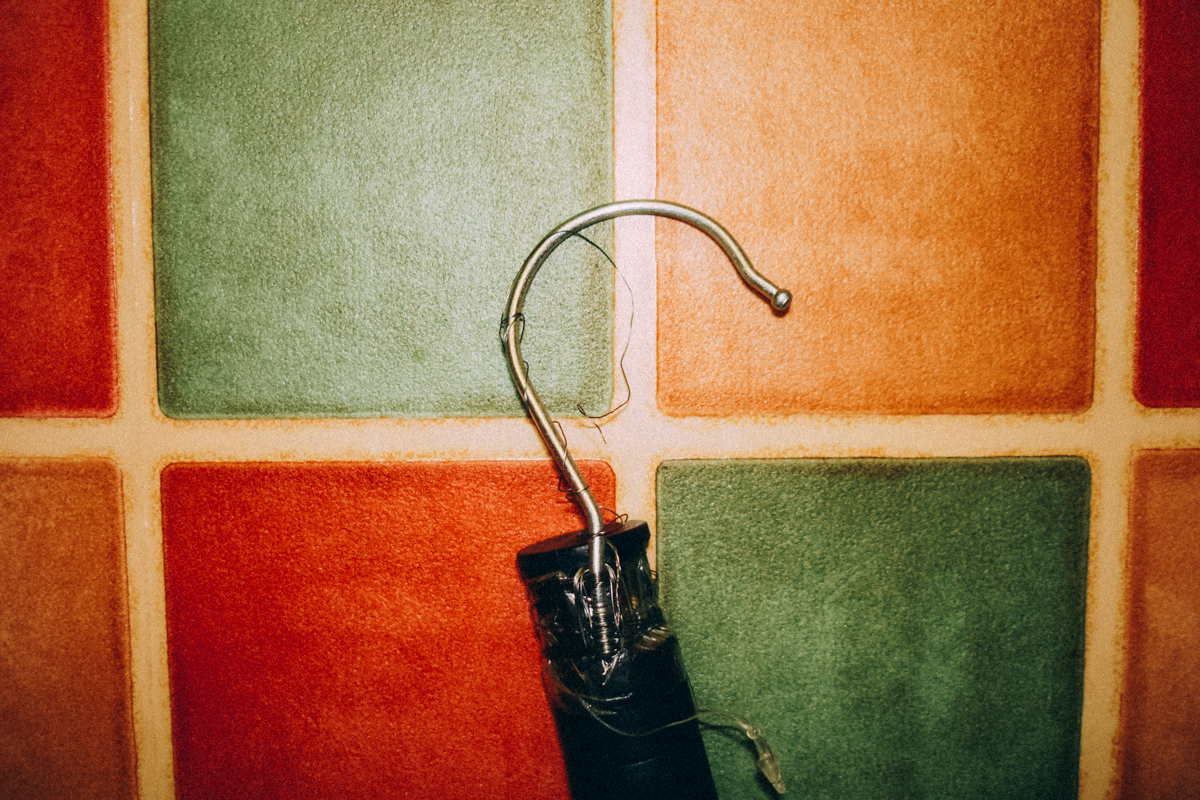 This is a photo of our mop. It has a hook from a coat hanger attached because I used it to retrieve the bird feeder that used to hang from the telephone cable outside our kitchen window (we’re on the first floor). The bird feeder fell off the line the last time I tried to grab it and it’s still lying somewhere in the garden.

Of course the camera only shoots JPG, but if you get a fairly decent exposure in camera then this is not a problem. The camera seems to meter pretty well. There’s still plenty of latitude for adjustment during post-processing.

I primarily bought this camera for black and white photography, but I actually really like the colour files as well. I was initially pretty dismissive of them but after taking the camera out to Llandudno yesterday I’m pretty impressed with the results. 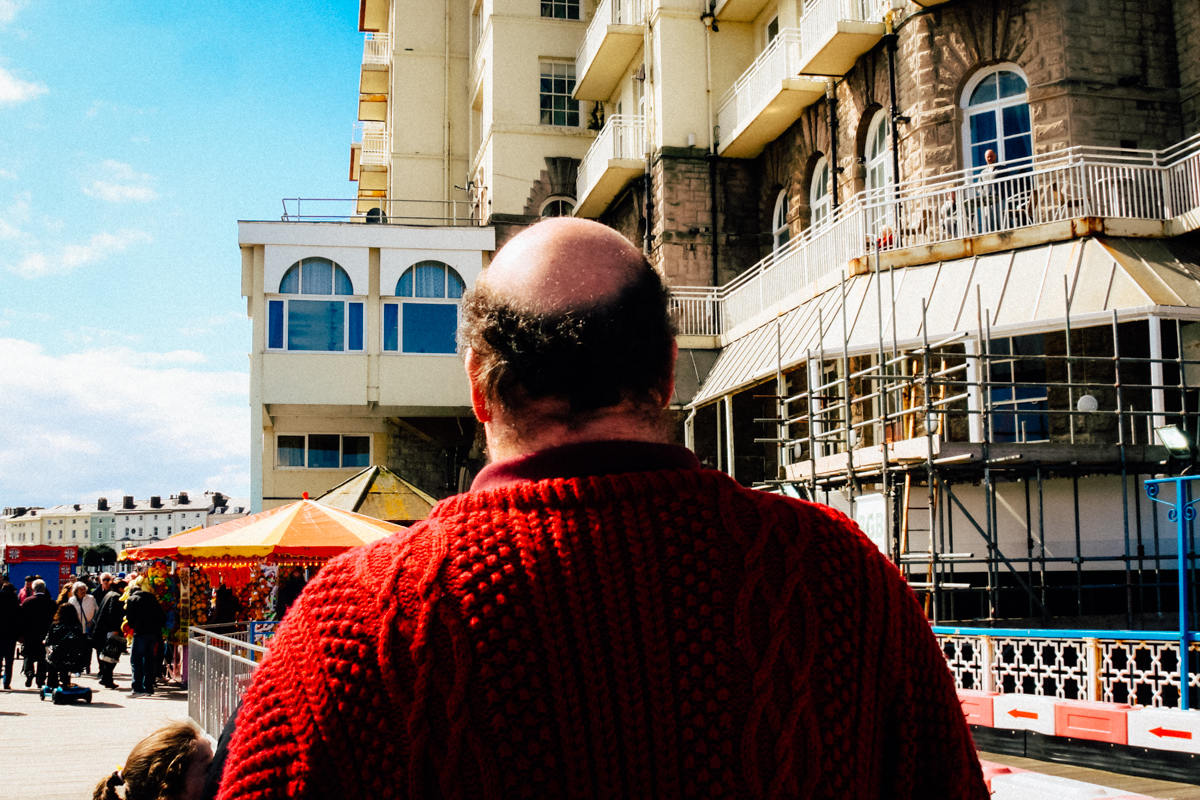 Faye actually took the photo above. I gave her the Sony to try whilst I spent most of the afternoon shooting my Ricoh. It was her first time shooting street photography and she seemed to like it. I enjoyed having a partner to shoot with so I hoping she’ll get hooked! She did pretty well for a first-timer, she was a lot more confident than I was when I first started.

I managed to rattle off a few test shots at the end of the day and I’m quite pleased with how a couple of them came out. These two in particular; they feel quite filmic to me. They’re a little soft because I forgot to switch back to autofocus from snap mode, which is weird cos it’s become second nature to me on the Ricoh (I have the Fn 1 button set to toggle between AF and snap). Guess it takes time to get used to a new camera. The Ricoh has become an extension of my hand whereas the Sony is yet to take hold. 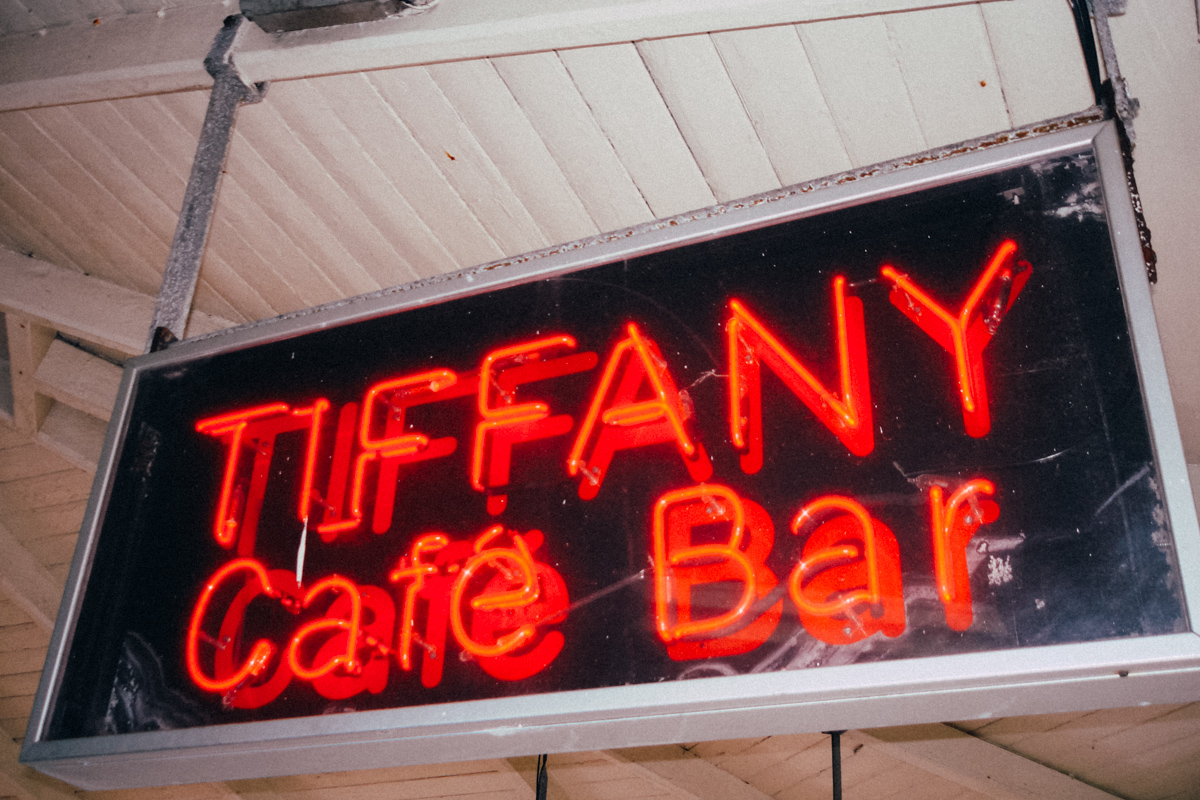 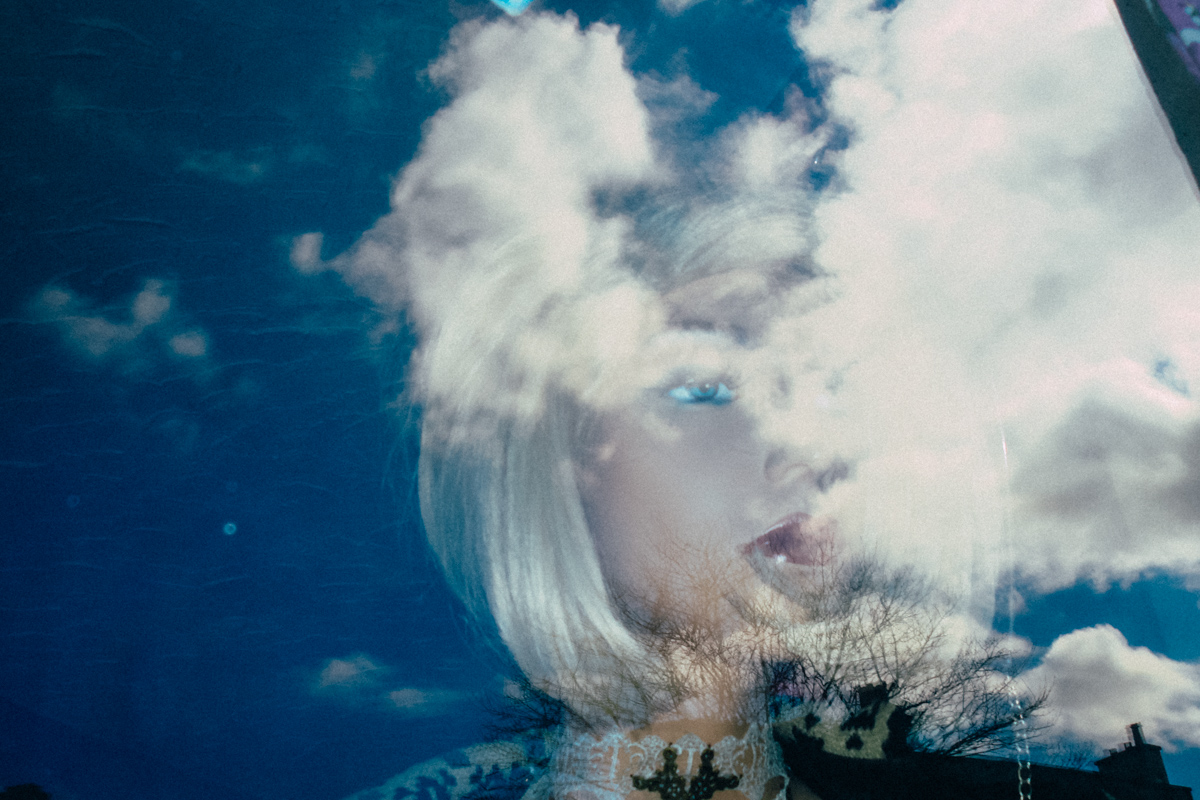 When you look at the photos on a large screen you’ll notice some patchiness in the colours. There is a general lack of detail when compared to cameras using much bigger sensors and the noise reduction causes some smudging in the colours but that’s no surprise. There’s still more than enough detail to keep me happy though – I’m no pixel peeper.

You need to learn to love grain with this camera. Because the files are so flat from the heavy noise reduction in camera the only way to add a bit of character is to put some grain back in. 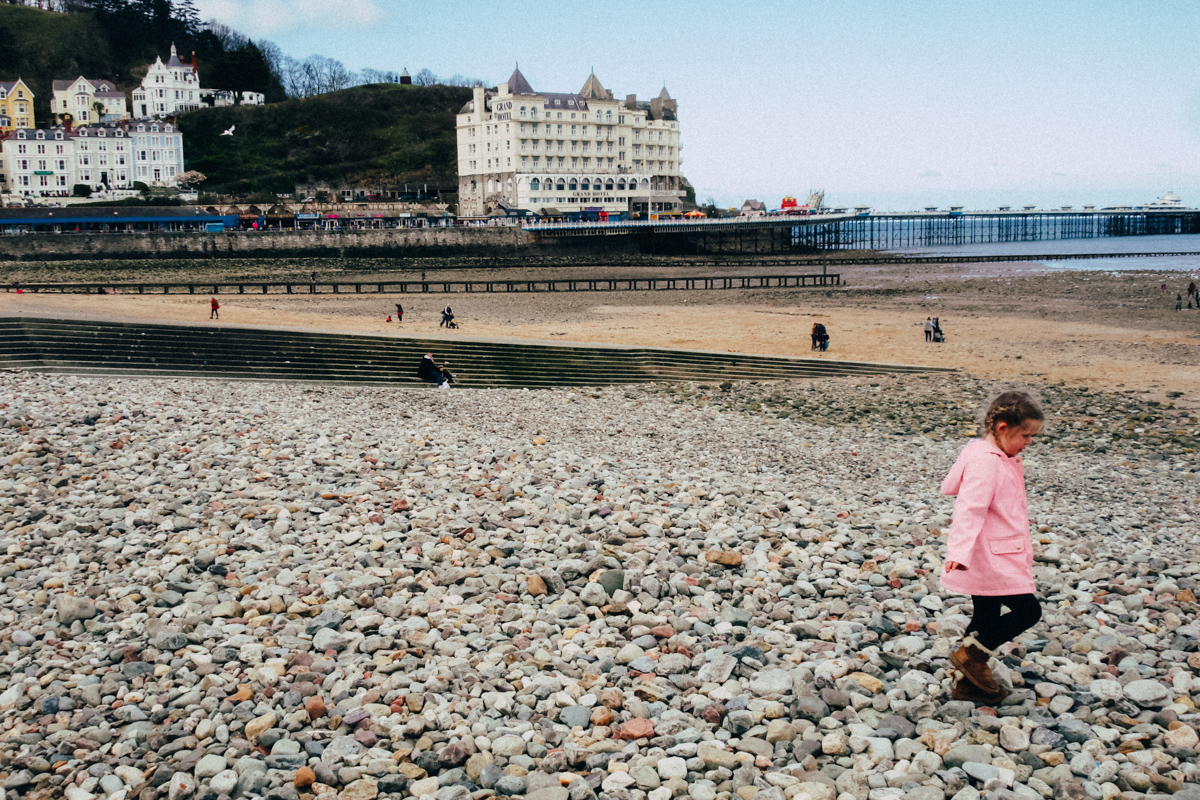 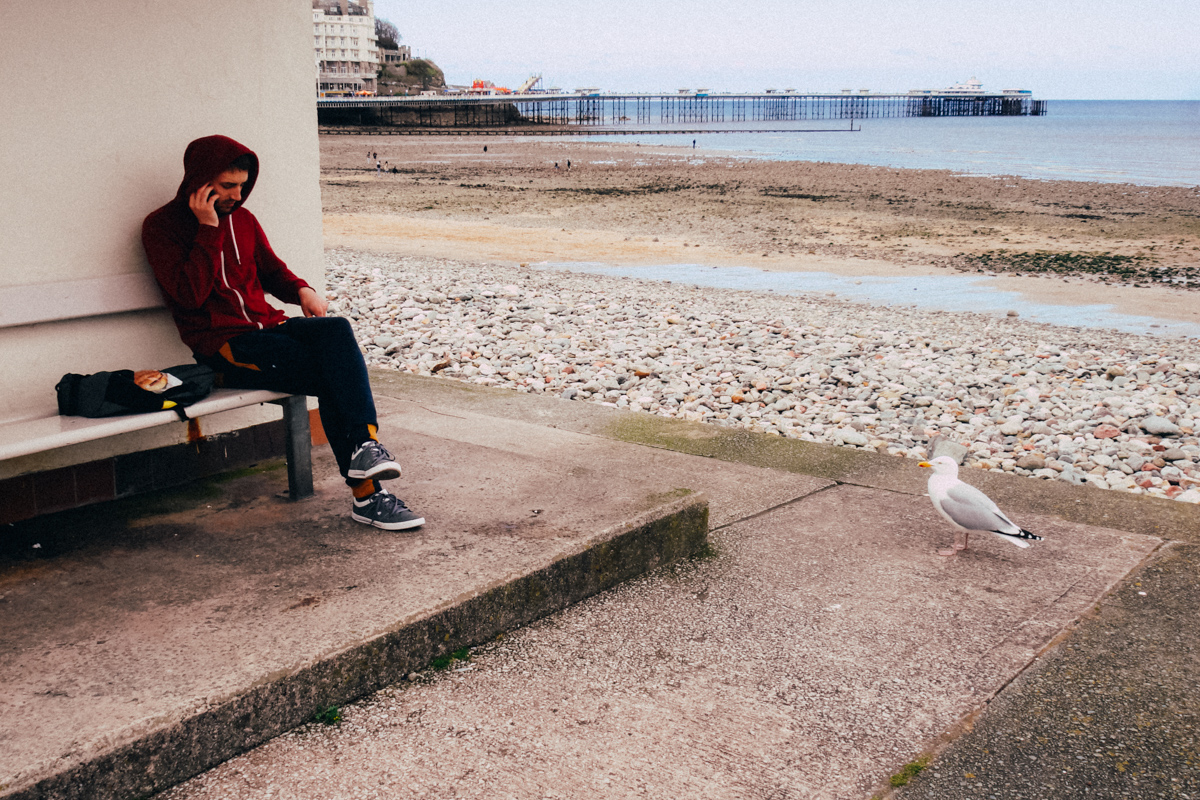 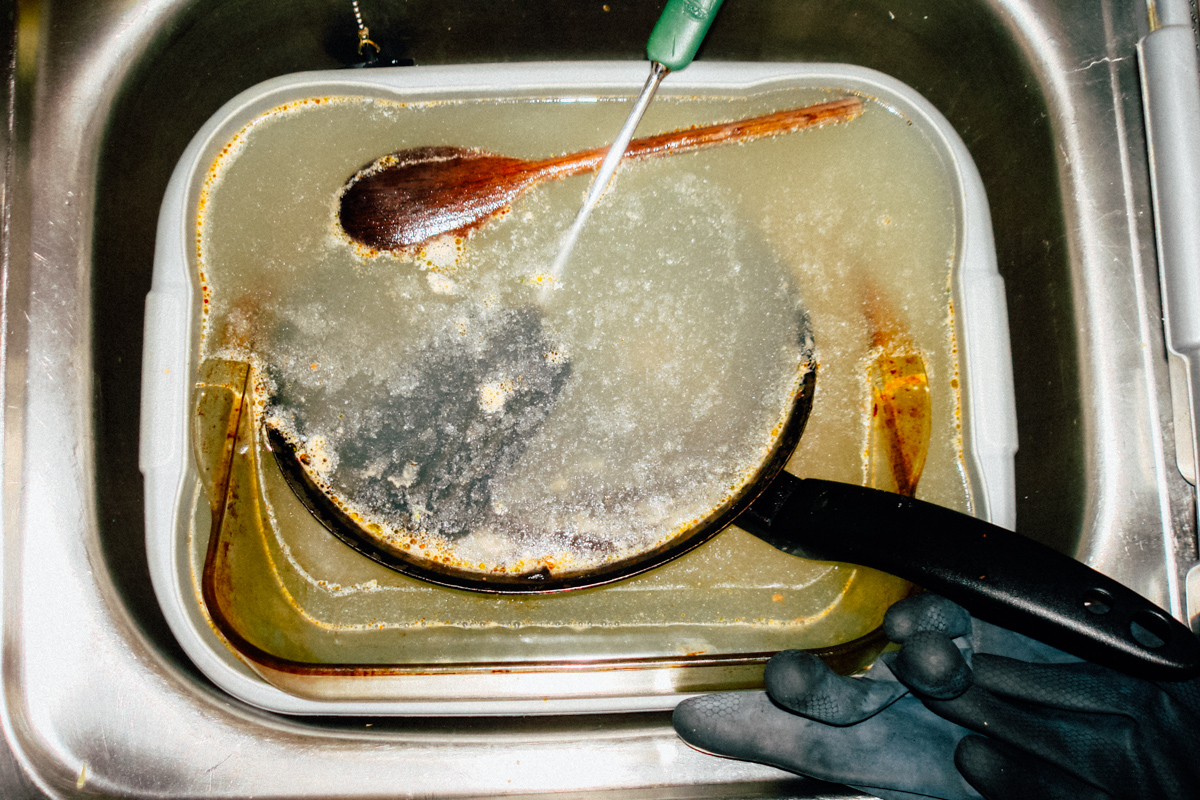 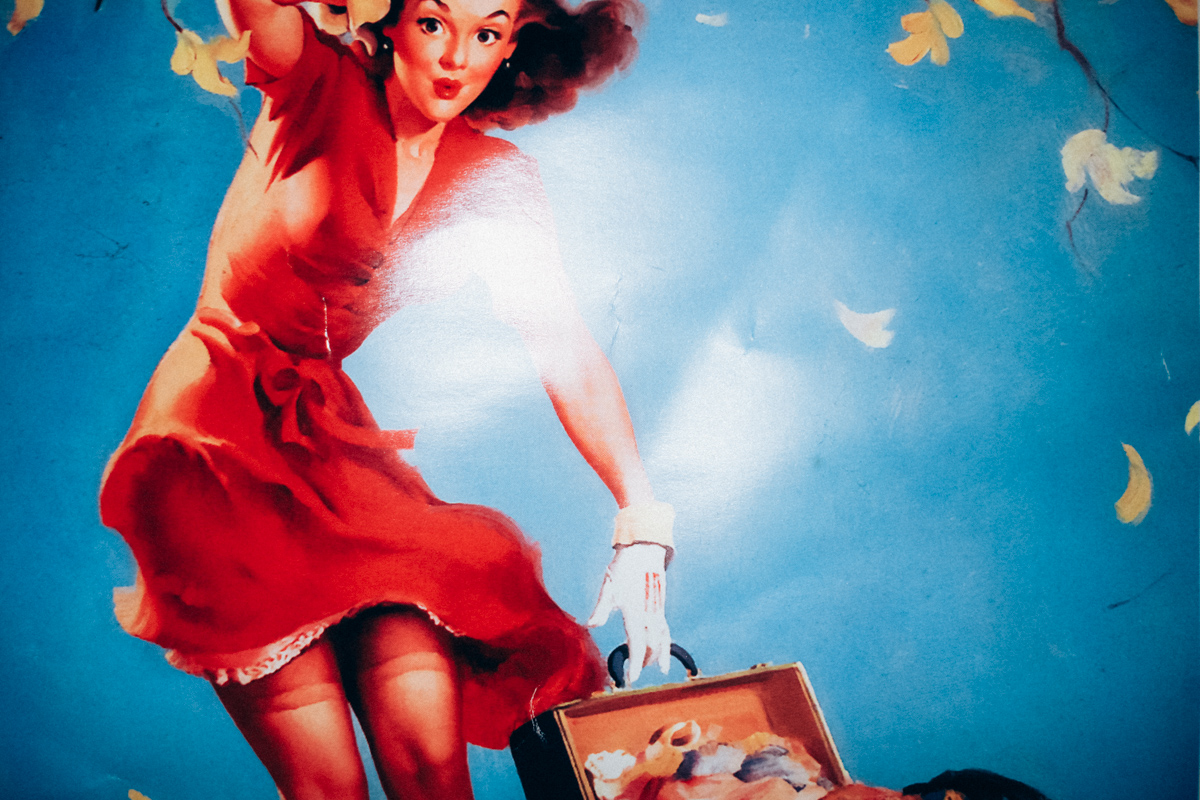 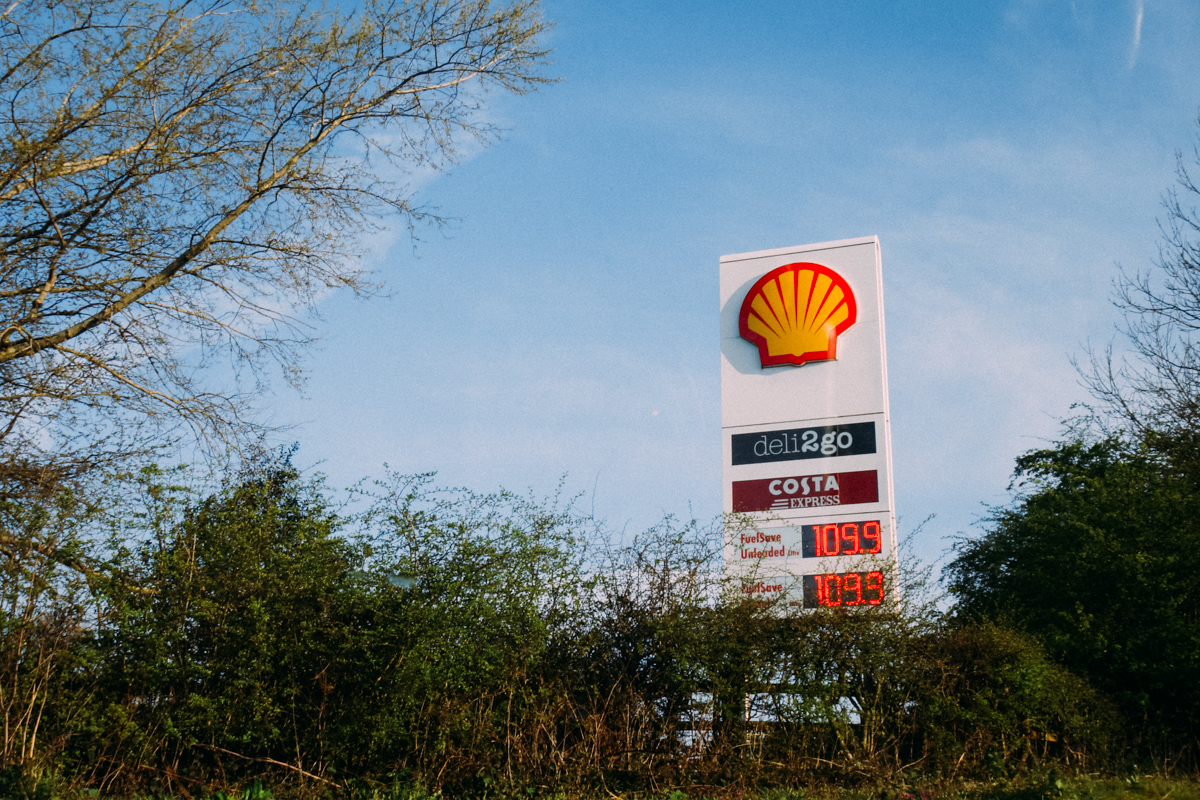 That last shot I took from my car. I still haven’t managed to break that habit, even though it almost always leads to shots that are not worth keeping.

This Sony DSC-W100 really excels in black and white. As with the colour shots, the files straight out of camera are fairly uninspiring but after a bit of post-processing they turn into high-contrast grainy delights – just how I like my black and white shots to look. These are mostly test shots so they’re not brilliant but you get the idea. I know I said the Sony lacks detail, yet you can still make out the wind farm on the horizon. 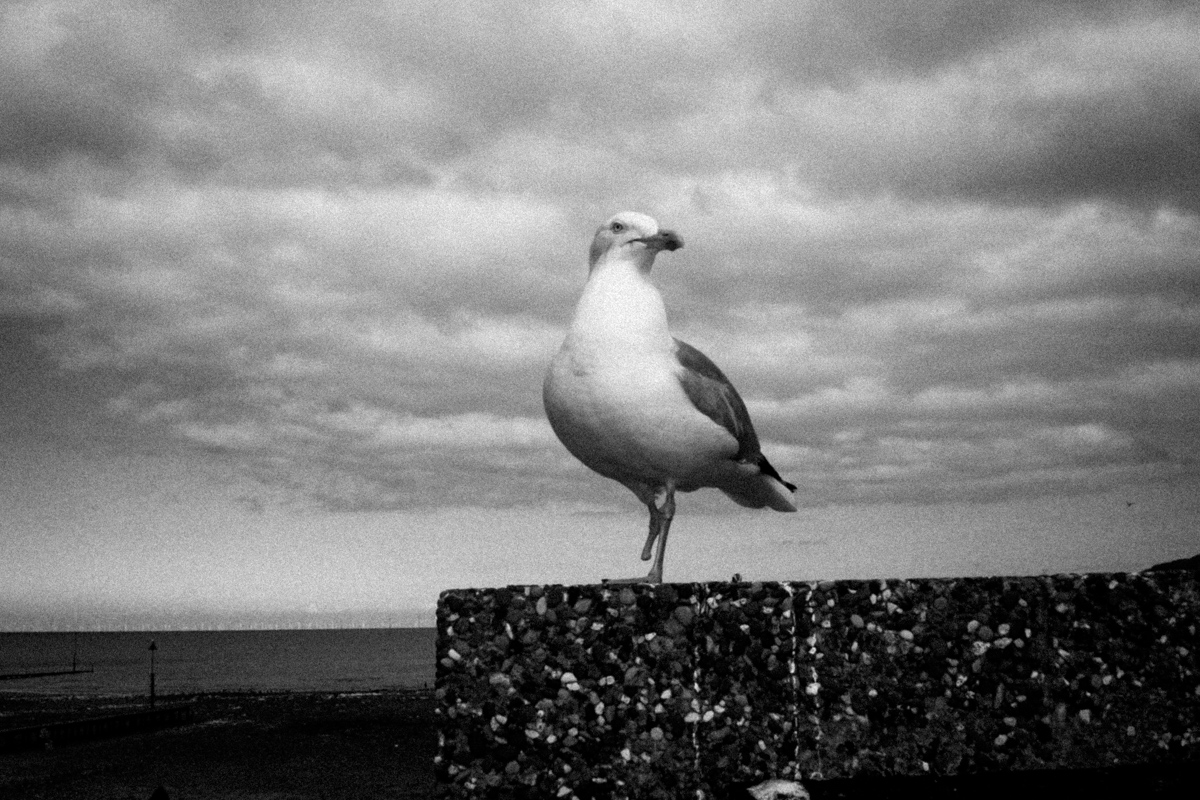 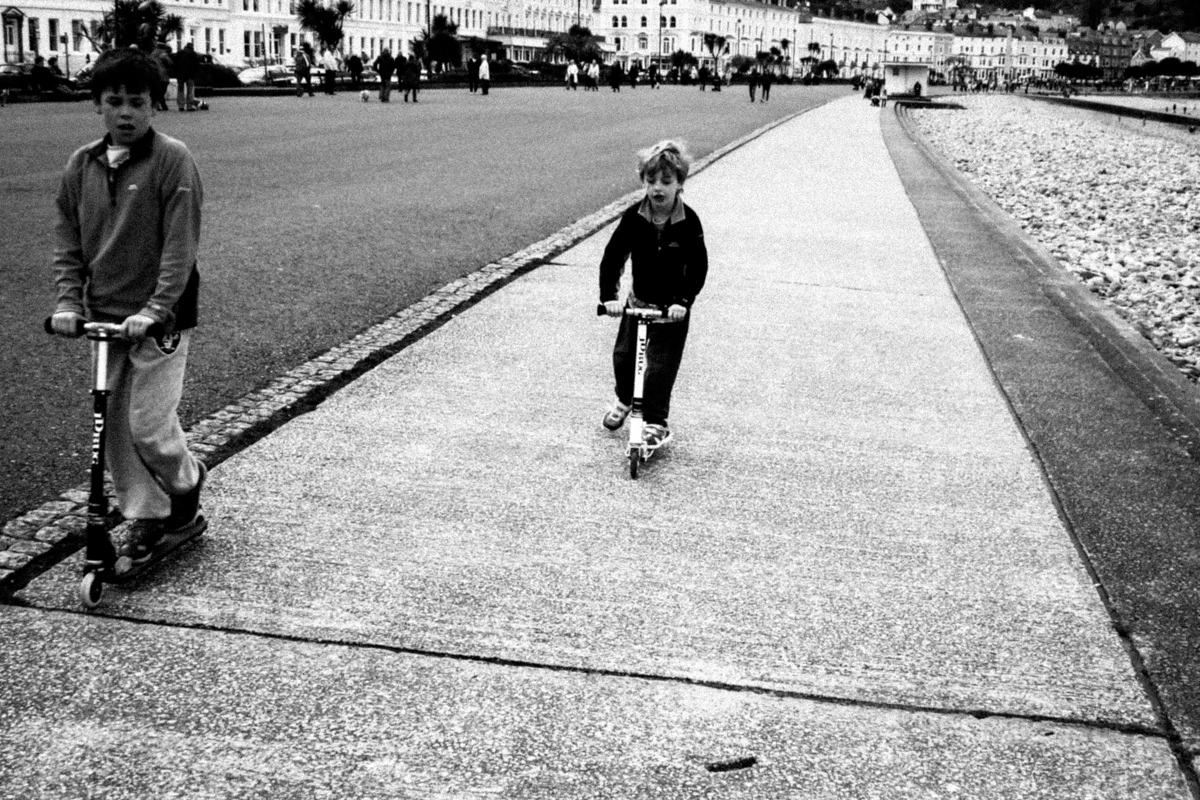 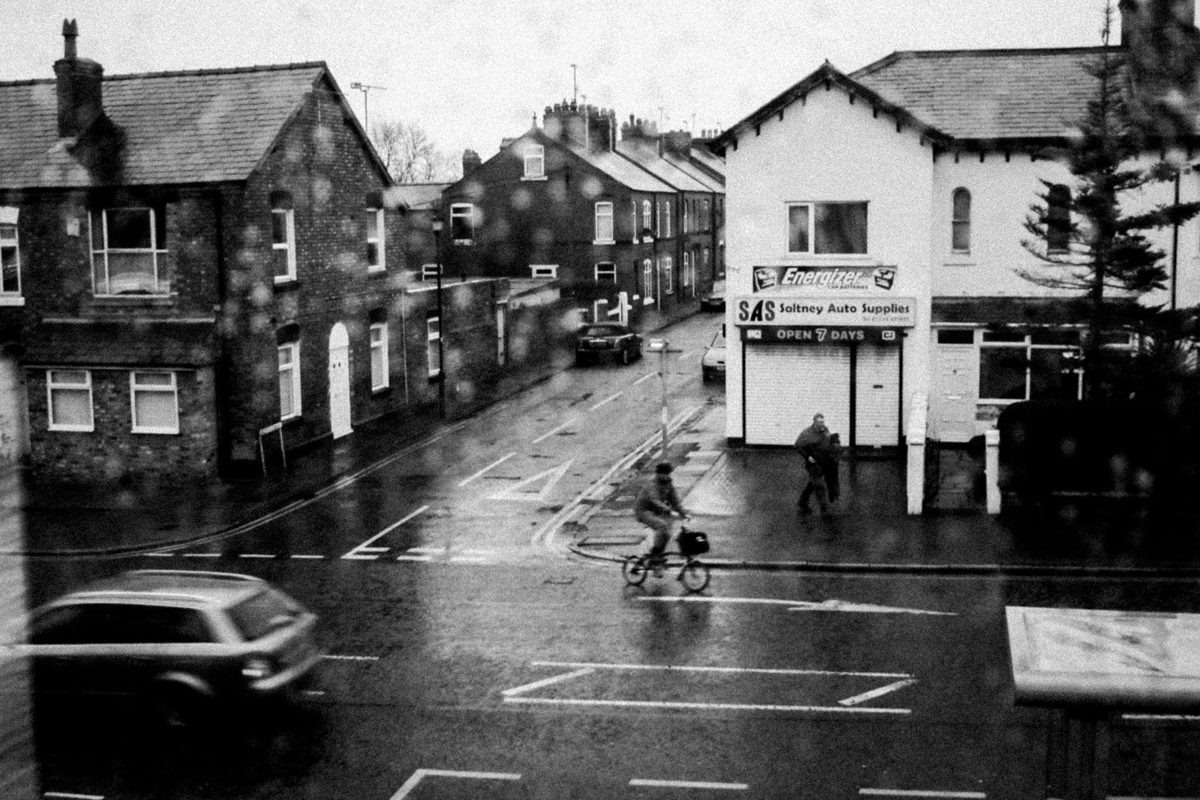 I’ve been trying to make an interesting photo out of our front window for ages. I think this is the best attempt to date. Not much happens around here. 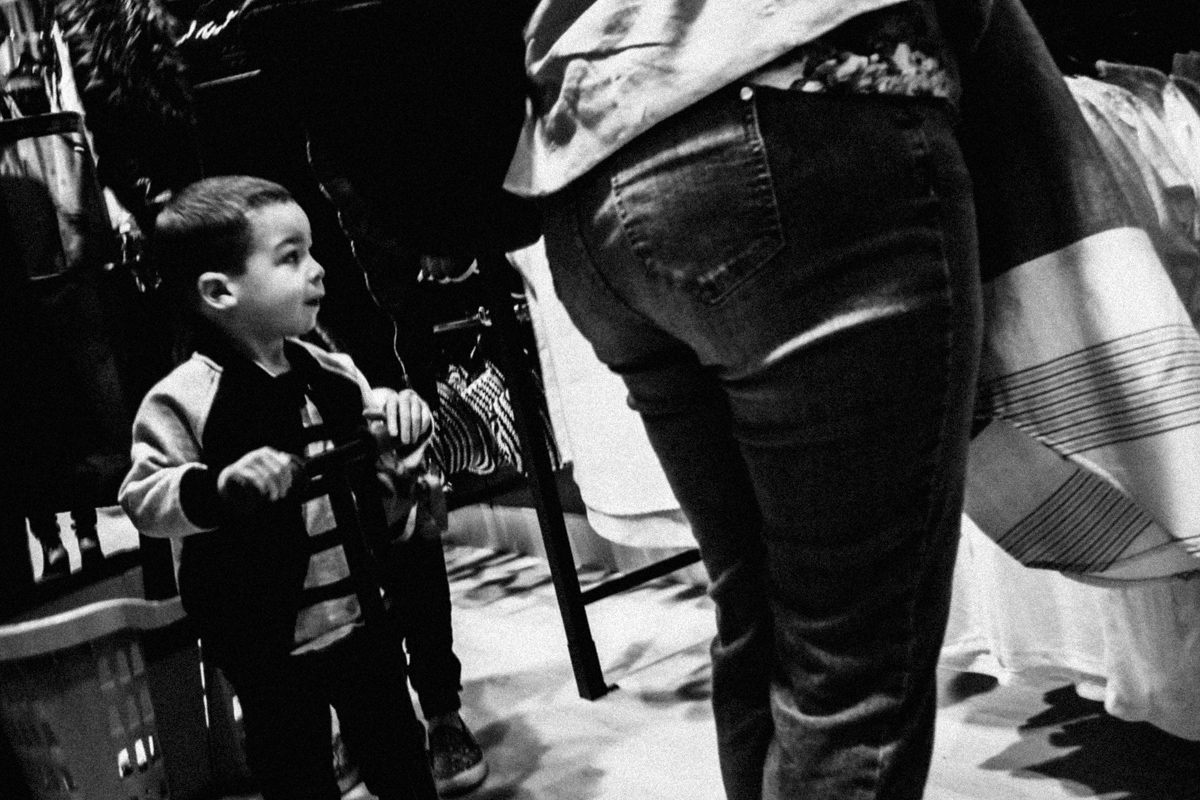 Another advantage of small sensors is that you get a huge depth of field. The camera has snap focus that can be pre-set to 0.5m, 1m, 3m, 7m and infinity. Set at 7m everything from 2.41m to infinity is in focus, and that’s wide open at f2.8. That’s an amazing benefit to street photographers and makes shooting an absolute breeze, just point and click and you know everything in your shot will be in focus. Because of the wide aperture you’ll also be guaranteed a pretty fast shutter speed in most situations. For me personally, this is the greatest benefit in using a small sensor camera. 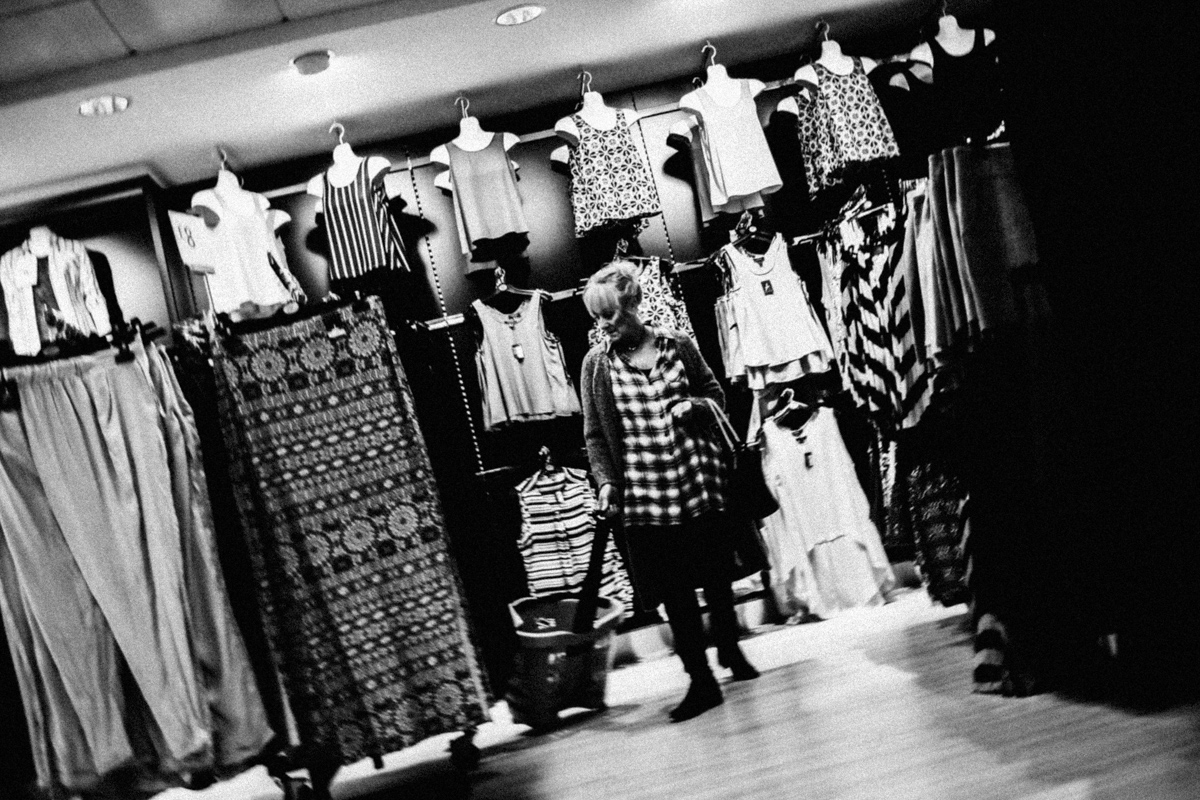 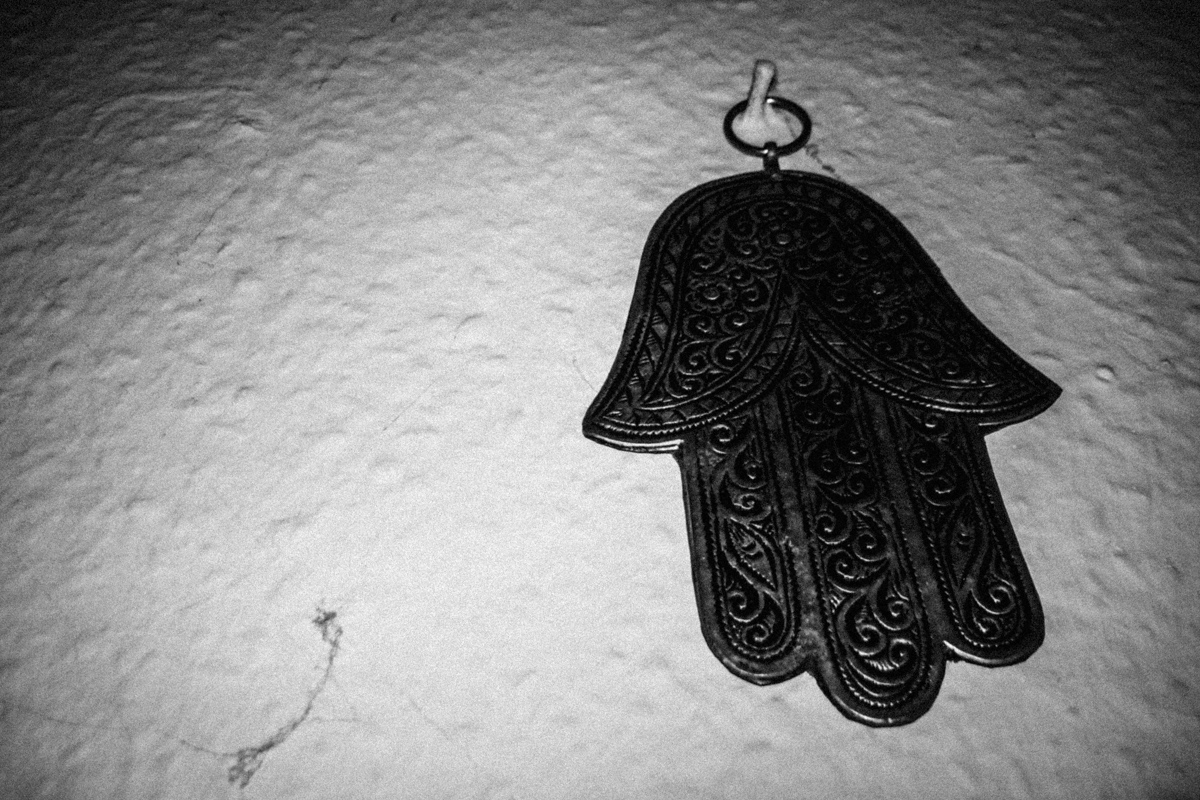 Settings wise I’ve just been leaving it in P Mode with auto iso. You can use exposure compensation if you need it (±2 stops). It has a manual mode too but I haven’t used that; it seemed to defeat the point of the camera to me which is to just point and shoot. The menus are easy to use and quick to navigate and you can switch between 4:3 and 3:2 aspect ratios. I’m a 3:2 guy so that’s where I have it set. I don’t know why I like 3:2 so much, I think growing up with 6×4 prints of family snapshots has had an effect on me. 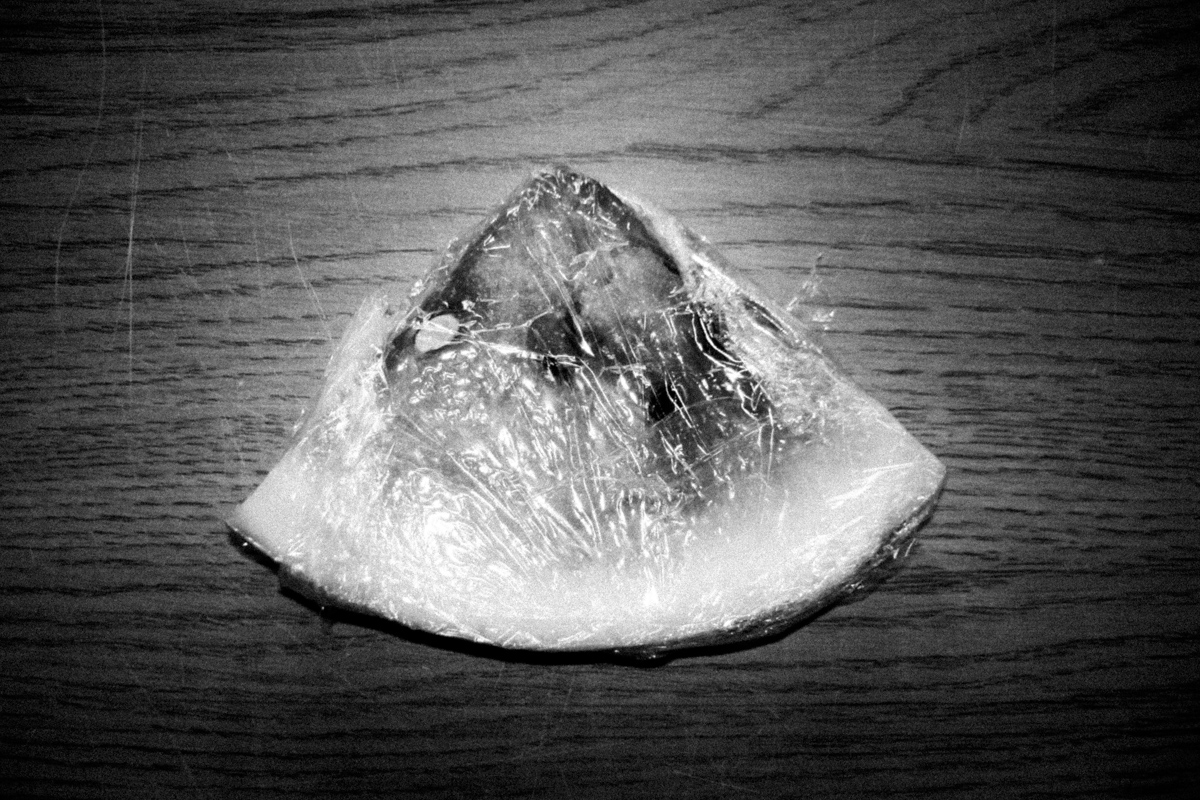 In hindsight, the watermelon would’ve been better in colour, but I shot it black and white in camera. From now on I’ll shoot colour jpegs only. I can always convert them to B&W on import, and shooting the original file in colour means you can take advantage of the B&W mix sliders in Lightroom.

I’m really having fun using the Sony DSC-W100, it’s just so simple to use, it’s small and it produces great images. I wasn’t expecting a lot from the camera, but it really does excel at taking characterful grainy images. I think I’m gonna be using it a lot more. I wish they were still making cameras like this one instead of racing towards bigger sensors, more megapixels and more features.

Well that post was longer than I wanted it to be, but I guess that means I like the camera! I’ve run out of steam now but I think you get the gist of what I’m trying to say. I think everyone should go out and buy an old point and shoot. Embrace the grain and have fun.