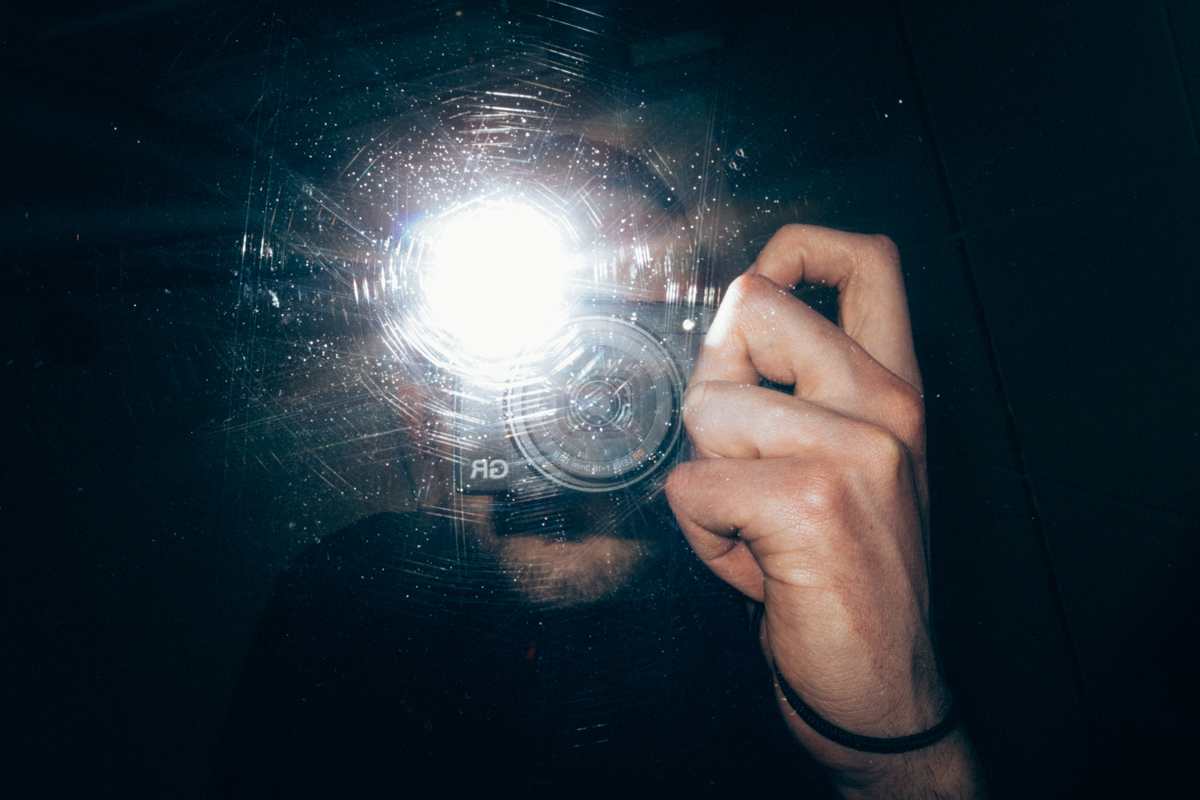 I am hopelessly in love with an inanimate object. The Ricoh GR is the object of my affections. She’s been in my life since August last year and I’ve loved every minute we’ve spent together. I honestly thought I’d found a camera I could love forever. Alas, she is a heartbreaker.

I love the 28mm wide angle lens, it’s brilliant feature set and customisable settings. I love the ergonomics and more than anything, I love the size. The Ricoh GR is an unassuming camera that fits right into your pocket. It takes great photos and I carry it with me everywhere. But like everything good in the world, it has flaws.

Here’s a picture of my darling fiancée taken last weekend. She’s pointing at something. But what’s that she’s pointing at? That’s right, it’s a dirty great big fucking dust spot on my sensor. It isn’t the first and I doubt it will be the last. 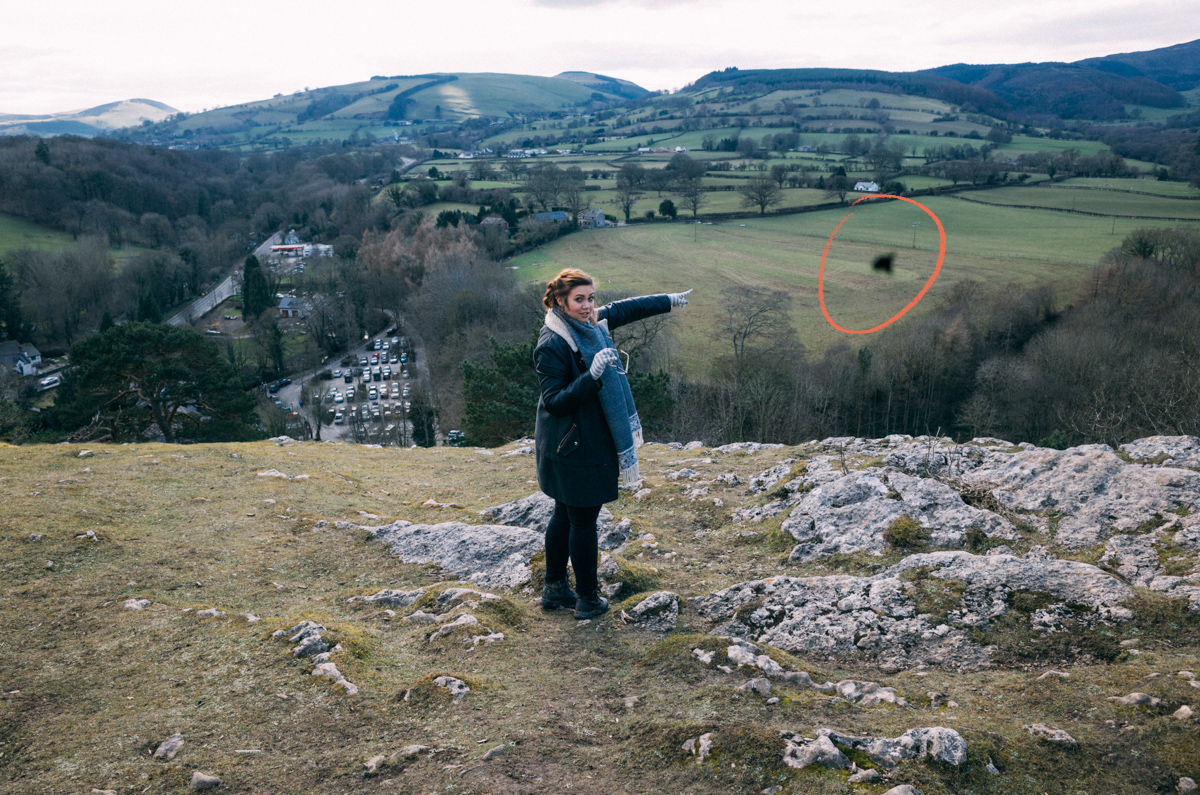 The Ricoh GR is renowned for this problem and it’s not just the version I have (the GR V). Apparently, all of the digital Ricoh GR’s have had the same issue. I’ve spent the last fortnight disassembling and reassembling this camera trying to clean the sensor. I am now an expert on the innards of the Ricoh GR. The cause of the problem is the way they chose to seal the gap between the lens and sensor. It sucks.

As I bought the camera second hand I wasn’t covered by the manufacturer’s warranty. This has really put me off buying second hand cameras, from ebay at least. Apparently there is a €200 charge for fixing this, and since I only paid £280 for the camera I figured I’d give it a go myself. What could possibly go wrong?!

Peeling back the circuit board that holds the sensor reveals what they have used to seal the sensor. As an engineer myself I can’t believe that any self-respecting technology company would do this, but they used an off the shelf rubber gasket. Not so bad you might say. It keeps costs down. But they stupidly used a circular rubber gasket and stretched it out to make it into a rectangle. Inevitably, over time, the gasket tries to return to its original circular shape, peeling up at the “corners” and leaving gaps for dust to enter. Not only did they do this, but they seem to have done it this way over several iterations of the camera knowing there was a problem. This could have been easily fixed for a few pence per unit by using a purpose made gasket. Allowing this to continue is unforgivable as far as I am concerned. What’s the point in having a pocketable camera if you’re terrified of putting it in your pocket for fear of dust getting inside it?

I’ve now cleaned the sensor and lens several times. It’s not a particularly simple task and requires significant disassembly. Not only that, but if you attempt this yourself, you will turn on a torch to help you clean the camera and the light beam will instantly illuminate the fact that the room you are in is infested with swarming dust particles. I must’ve disassembled and reassembled the camera about ten times to get it clean. The first four times it ended up containing more dust than when I started. I stripped two screw heads that hold the blue filter in place and had to drill them out to get at it. Apparently, Japanese cross head screws are different to European ones. Who knew? 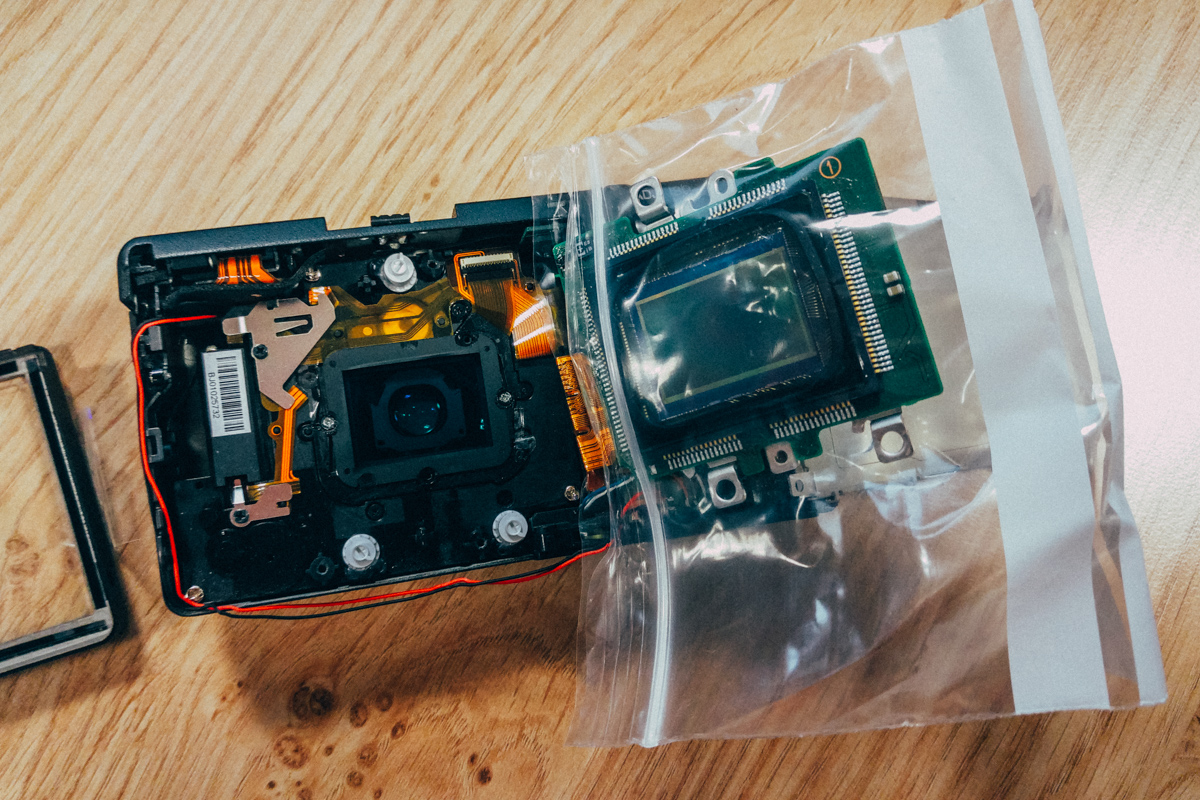 Ricoh GR. Ready to go under the drill.

Anyway, the camera is useable again for the time being and I know I can clean it again if the same problem arises. For three days I carried it in my pocket in a ziplock bag before thinking to myself that this was ridiculous. I was missing shots fumbling to open the bag. I am already met with strange looks and a general apprehension about my presence with the camera; removing it from a sealed food bag before attempting to take a picture only serves to make me look even weirder than I am. Let’s face it I didn’t really need any help in this department to begin with.

Would I buy another one when she’s had her nine lives? I’m not sure. Probably not. If they fixed this issue then I definitely would. The GR has a combination of features that for me are unmatched in any other camera. Snap focus and the way that the Auto-Hi ISO works makes it perfect for street photography. However, I don’t actually shoot that much street photography really. Most of my photos are documentary shots, and to be honest I could use any camera for this. As long as it’s small and fits in my pocket and doesn’t have shit on the sensor then it’d work for me. Reliability needs to be the number one priority.

In all honesty, I can’t justify replacing the camera right now. I’ve spent 5 years turning my finances around and saving for a mortgage deposit. This makes the treachery even more unforgivable. I know how to clean the sensor now so I’ll just have to put up with the pain.

I still love her for now. But, boy, is she hard work.

PS. I’d already started a full review including the settings I use with the Ricoh GR for street photography. So I will post it at some point. Given my recent experience, I’m not comfortable recommending that anyone buys this camera (you’ll have to make that choice yourself) but I thought it might be useful for anyone who already has one. And besides, I’ve written most of it now, so I may as well post it.

What’s you experience with the Ricoh GR? Any tips for keeping the dust out? Do you have any recommendations for reliable small cameras that I might eventually consider as a replacement?